Arianna Huffington Does It Again! 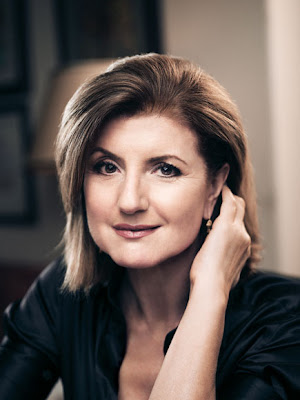 "BOYNTON BEACH — A woman who lived with her ex-partner on the city's south side stabbed her former lover more than 200 times with a Phillips-head screwdriver and then tried to conceal the killing, police said.

After committing the crime, Carol Anne Burger, 57, a writer who friends described as engaged and eager to move on with life, reported her old flame missing and then, a day later, shot herself to death in her backyard, police said.

Burger, upset at the disintegration of her relationship and disgusted with the U.S. during the past several years, sometimes talked of moving to Panama or Mexico to start again.

That she had recently lost her job didn't help the bouts of depression she sometimes experienced, said her close friend and confidante, Helen Gale.

...When the Web site The Huffington Post tapped Burger to cover the election from Florida this month, the job seemed to give her renewed focus. Burger burned to write a story for the site's front page and poured herself into the work, Gale said.

How, she wondered, can you reconcile this person with the killer who vented such rage on [her partner]?"

— Michael LaForgia, presenting more evidence that the HP is a Warehouse For Wackos, in the Palm Beach Post