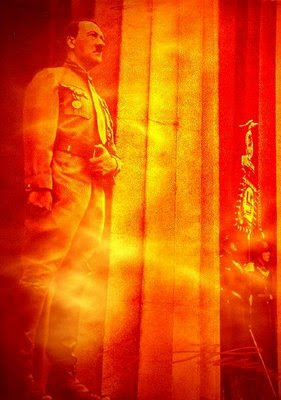 "Diana West looks at the hopes and prayers of the Obamacons:

Here, taken from a couple of such endorsements, is what I mean:

President Obama will (I pray, secularly) surely understand that traditional left-politics aren’t going to get us out of this pit we’ve dug for ourselves.

I sure hope Obama is more open, centrist, sensible—dare I say, Clintonesque—than his liberal record indicates, than his cooperation with Nancy Pelosi and Harry Reid portends.

In other words, they hope Obama will not revert to Leftist type.

Or, if you like, they're "hoping" he'll "change", and break with what passes for his record - the most liberal in the Senate. Across the pond, my old pal Boris Johnson, Mayor of London, is also full of "hope":

He needs to stick up more vigorously for free trade, and we must hope that any ill-considered new taxes will be thwarted by Congress.

Ah, right. I think Barney Frank answered that one:

I think at this point, there needs to be a focus on an immediate increase in spending and I think this is a time when deficit fear has to take a second seat. I do think this is a time for a kind of very important dose of Keynesianism. I believe later on there should be tax increases. Speaking personally, I think there are a lot of very rich people out there whom we can tax at a point down the road and recover some of this money.

Look, it's not difficult. Barack the Spreader wants to spread Joe the Plumber's wealth around. In fact, every American does that for himself every day of the week, every time he swings by Joe the Butcher, Joe the Baker, Joe the Candlestick Maker, Jolene the Waitress, Jolene the New York Gubernatorial Prostitute, whatever. The question is whether 300 million Americans spreading their wealth around can do it more effectively than Barack and Barney taking it unto themselves to spread it around.

I don't find that hard to answer. If you disagree - if you believe in socialist redistribution from the dynamic sector of the economy to the sclerotic, incompetent and corrupt - then fine: lots of folks in European welfare states and African basket-case dictatorships do as well. But it's hard to have much respect for a pro-Obama "conservative argument" dependent on "hopes" and "prayers" that an Obama-Pelosi-Frank liberal supermajority won't do what they're explicitly saying they will do.

If Ken Adelman thinks the Russians, Chinese and Iranians will be more responsive when Washington embraces an EU foreign policy, fine. If Christopher Buckley is happy with leaving it to Barack'n'Barney to spread his wealth around, great. But to "hope" and "pray" that a President Obama would defy his slim record, his long consistent past and his own Congressional majority is to put your faith in "change" no one can believe in."