The Cover-Up Is Worse Than The Crime(s) 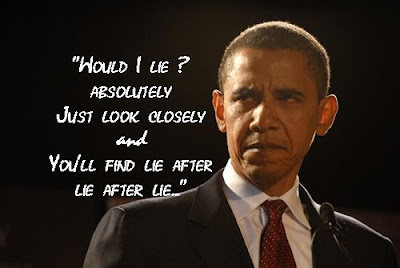 Mr. Obama, in his short career, has not strongly associated himself with any policy idea. His relation to his own proposals during the campaign has been pleasantly noncommittal, if generally liberal (as voters and the media are only now getting around to noticing).

His rise offers little insight either. His Senate primary and general election races were smoothed by the serendipitous bowing out of formidable opponents in each case, in divorce-related "scandals." His presidential hopes have been turned overnight into landslide hopes by a financial crisis that has left the public angry and confused, though not one that plays to any expertise of Mr. Obama's.

Yet if he wins next week, it could be with a sweeping mandate to decide, er, what his mandate will be.

— The Editors, explaining why, if he wins, voters must "hope" and "believe" Barack Obama will not be Barack Obama because (like all cult leaders) there is no real Barack Obama, in the Wall Street Journal