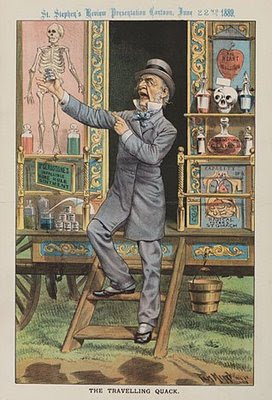 1. Medical practice and advice based on observation and experience in ignorance of scientific findings.

2. dishonesty of a charlatan. [syn: charlatanism]

So, like all quacks, it seems the cultish "Doctor" Robert Wohlfahrt has his supporters. It's an amazing thing, the number of French people who will ignore all the people quacks kill, and the families they hurt, just so they can risk becoming part of the body count - or allow that risk to affect others. (I have noticed the French people who recently come to this website only look up Wohlfahrt's name, without looking up all the information I've discovered on quackery, homeopathy, and alternative medicine, since Wohlfahrt decided to stick his penis in my life. It's like they don't want to know what quacks won't tell them, which is clearly a sign of cultish thinking.) It's equally maddening to think people know Wohlfahrt's even got a cultist working with him, like Karine Anne Brunck, when I was married to the woman for 20 years and know A) she is a liar, and B) she has no medical training, and C) she is crazy enough to believe she has mystical powers (including the ability to walk through walls) - and yet they will still believe Robert Wohlfahrt is a legitimate doctor and not what he really is: a crazy immoral man with an equally crazy assistant and lover. 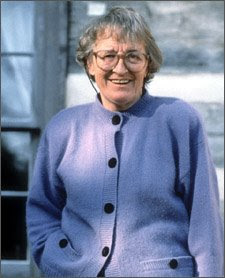 "Wait for about one year after the death of a loved one before making any major changes."

But "Doctor" Wohlfahrt did not tell Karine Brunck this after he euthanized her mother. He started sleeping with Karine almost immediately - actively destroying our marriage from the moment the mother was dead. By doing this, he not only violated the teachings of Elisabeth Kubler-Ross but his own supposed medical ethics. It does not matter if Karine fell in love with him or not, because Wohlfahrt was bound by his oath as a supposed doctor. But Wohlfahrt is not a doctor - he is a quack: both he and Karine are walking ethics violations:

-- Dr. Frank Pittman, an Atlanta psychiatrist who specializes in family crisis and couples therapy, and the author of “Private Lies: Infidelity and the Betrayal of Intimacy” (Norton, 1990).

"Whomever you lie to". I know what I'm about to say seems "unsophisticated" to the French, but in America, we know that any "doctor" who will lie to sleep with his patients, and any wife who will lie to cheat on her husband, are the kinds of ruthless people who will not tell anyone else the truth if they don't want to. The difference in how our two nations see this ruthlessness is revealed in Fran Lebowitz's famous comment on France: 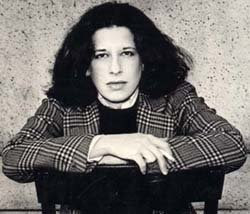 Karine lied to me for 10 months. And, since there are two bodies now, we have to assume they've lied about one of them. So, think of me what you will (angry, resentful, old fashioned) but know that I'm the only person involved in all this who hasn't, and isn't accused of, lying to anyone - while bringing the people of Wissembourg, France, the things you ought to know about Karine Anne Brunck, Robert Wohlfahrt, and "homeopathic" quackery:

1. "Homeopathy" is a worthless belief system - not medicine. Break with the belief system and the homeopathic "medicine" stops "working". Not that it ever did. You just believed. But believing is for suckers. And Wohlfahrt has the dead to prove it. 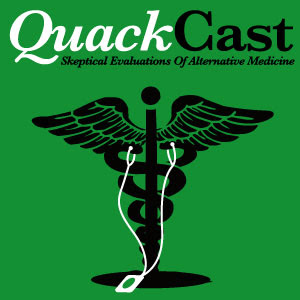 2. Real doctors don't practice "homeopathy" and find it an embarrassment of science and medicine. A few examples of real doctors talking about "homeopathy" are here, here, here, and here. Robert Wohlfahrt should be hiding his face in shame - especially now that he has been exposed as a killer. 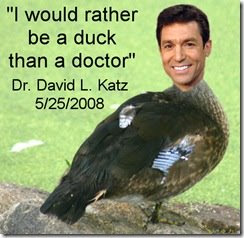 3. Other quacks like Robert Wohlfahrt are being exposed now all over the world for killing people in exactly same way Wohlfahrt is accused of. Is this just a coincidence? Or is he a quack just like they are? I've spoken with many of the families of their victims and, now, many of us consider them like Nazis because, like Nazi's, they kill repeatedly without remorse. They think only of themselves and never about the objections of real doctors to what they are doing.

Don't be the fools they take you for - let Wohlfahrt go - or else you'll be right back here, again, as Robert Wohlfahrt and Karine Anne Brunck are trying to get you to rationalize for the death of another person who was guilty of nothing but being gullible and desperate. Along with her mother, Jacqueline Brunck, Karine and Robert Wohlfahrt now have the blood of three people to their names - and that's just since I knew Robert existed. I knew he was a quack once I heard what he was a "homeopath". All these deaths cannot be a coincidence:

"'Study after study has shown [homeopathy] is simply the purest form of placebo. You may as well take a glass of water,' says Edzard Ernst, the UK's first professor of complementary medicine."

I'll write more about this later. Good luck, Wissembourg. I mean that. Good luck from: