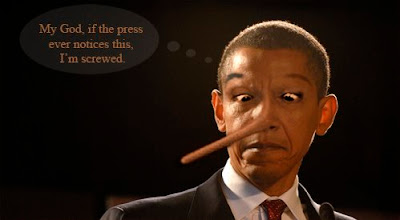 At the October 7 Presidential debate, John McCain said that Barack Obama had encouraged Fannie Mae and Freddie Mac to make risky loans, and that Mr. Obama was the second largest recipient of campaign cash from the government mortgage giants.

Mr. Obama replied that he "never promoted Fannie Mae" and that "two years ago I said that we've got a subprime lending crisis that has to be dealt with." And that's not all. "I wrote to Secretary Paulson, I wrote to Federal Reserve Chairman Bernanke, and told them this is something we have to deal with, and nobody did anything about it," said the Illinois Senator.

There's more. Mr. Obama's March 2007 letter included a stirring call to "assess options" and boldly suggested that the two men "facilitate a serious conversation" about housing. He was even brave enough to suggest that "the relevant private sector entities and regulators" might be able to provide "targeted responses." Then in paragraph four, the Harvard-trained lawyer dropped his bombshell: a suggestion that various interest groups get together to "consider" best practices in mortgage lending.

Some may find it hard to believe that Mr. Obama had nothing to show for this herculean effort to shake up Washington. They may be shocked as well that such passionate language didn't move the Fed and Treasury to action. For our part, we note that nowhere in his letter did Mr. Obama suggest that the government should stop subsidizing loans to people who can't repay them.

— The Editors, showing (once again) Barack Obama is a liar, in the Wall Street Journal