Wake Up, America: Bring The Noise! 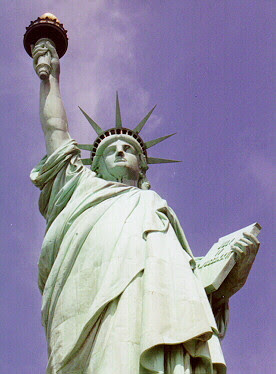 "There are,...long-term reasons to believe the United States will,...weather the current storm. We are a transparent society that blares out problems, affixes blame and then fights publicly over solutions. Japan's real estate meltdown of the 1990s took years to correct, given the emphasis on secrecy and shame within Japanese financial circles.

The 50 states of a federal United States -- some of them individually among the world's top 20 economies -- are also far better integrated than the 27 countries of the European Union. American banks are subject to uniform national policy and are forced to act in concert. In contrast, British, French and German lending institutions are often unwilling to bail out other countries, and compete with each other to attract scarce capital in times of crisis.

The United States military remains far stronger -- and more battle-hardened -- than the rest of the world's armed forces combined. Rogue nations and terrorists try to take advantage of economic uncertainty, but America remains the best-defended democracy in the world.

The current financial crisis has startled America from a hypnotic trance of self-indulgence and irresponsibility. But as we return to American fundamentals, we may discover that our political, social and economic system -- despite all the current election-cycle hysteria -- is still by far the most resilient in the world.

How odd that it took a financial catastrophe to remind us of that."

— Victor Davis Hanson, putting our future in perspective - if we use our heads, get back to basics, forget Obama, and decide to do the right thing - which is called Real Clear Politics.

Pay attention to the message we're sending you - like this one right here: