The Macho Response: PRESIDENTIAL ELECTION SPECIAL (And, Oh Yes, Sarko Does It Again!)

So much to do, so little time:

I wanted to give y'all a detailed breakdown of where things stand, and where they're going, but I'm really busy these days. Still, I will give you the abridged version, reminding you I'm rarely ever wrong about presidential elections.

Listen to The Master:

Obama will be president - in 2012. Not now. He'll get the nomination but his inexperience and, especially, his party will bring him (and them) down.

The last 8 years of dissing America will blow up in the Dems faces and those in the middle of the country will reject them.

Obama would be smart to stay cool, quietly abandon the Oprah/Rhonda Byrne New Age, and other crazy spritual types, and prepare to get real in 4 more years.

The Republican side is a food fight but, from where I sit, surprisingly easy to call - though it's going to depend a lot on the main player staying rational - and that part's not so easy to predict. Anyway, here goes:

Rudy can't do it because his personal life is too messy - and he's the bad guy there - plus his (current) wife is power mad nutty. Huckabee is a Born Again loser, in The Big Show, so he'll be shown the door. Romney shoulda known better, being a Mormon (Real Americans don't do cults, Mitt.). So who does that leave? You guessed it: 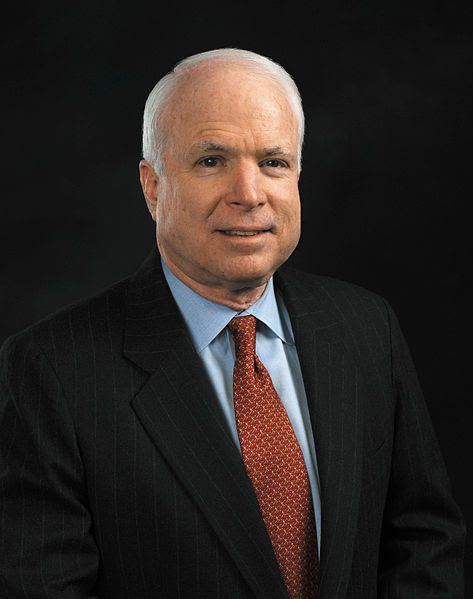 John McCain wins - with Fred Thompson as his running mate.

John McCain has always been about two things: honoring tradition - and change for his party. So, with Fred to keep things in line, McCain will be the next president in a landslide. But (and this is that necessary rationality I talked about:) he's gonna have to reconnect with his P.O.W. attitude to get there: To stay in this thing to the end, allowing his opponents to shoot it out amongst themselves, until he's finally free to be greeted with a hero's welcome. (His wife, Cindy, is Laura Bush II so the country will be more than happy with her.)

He and Fred will run on promising to do what's right - not Right - for the country; emphasizing national defense, the Constitution, and pride in American values. It will be a new day in the U.S.A..

Nicolas Sarkozy, the guy I predicted in France's presidential election, is living up to my expectations of rubbing the national french nose in their bullshit. Today he had this to say about how they run their romantic lives:

“I didn’t want to lie. I broke with a deplorable tradition in our republic: hypocrisy and lies.”

I don't know if my ex, Karine Brunck, reads this blog but, if she does, she (and the rest of her countrymen) should try to learn from this man:

From what I've seen, he's one of the few brave, and honest, people over there,....and, especially, when compared to her.

UPDATE: David Brooks, of the NYT, can smell it too. (I told you I was good.)

ANOTHER UPDATE: Slate's got it too (Weird: I just woke up with this, with no input from any media source. Can anyone suggest how this is happening?)
Posted by The Crack Emcee at 9:50 AM