Apocalypse Now (We Simply Can't Talk Them Out Of It) 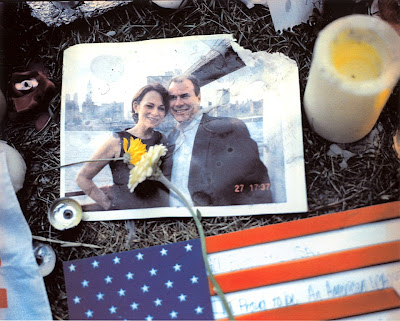 I write a post about meeting one of these "End Times" loonies and - lo and behold - Ben Stein sends me an email, saying not only that he's married to one, but almost everyone he runs into is in on it:

I awakened to a text from a close friend who is a devout Christian and who was so angry at the elite media that she could not sleep. "I am so frikkin' sick of the media telling us that Islam is a 'religion of peace,'" she said. "Look, people make fun of Jesus all of the time and I mean ALL of the time and we don't kill them or harm them. But do anything at all that offends any Muslim and they start killing Christians and Jews -- and then Obama apologizes for it. How long can this go on? The times of Tribulation are at hand."

I got up, walked out on the deck and looked out at the perfect fall day over Lake Pendoreille. An absolutely perfect Fall day, blue skies, light breeze, just a slight chill in the air.

At breakfast, my wife suddenly said, "And then I beheld a red horse ridden by a man with a great sword...."

"It's Revelation," she said.

"I know, but where does that come from?"

"I just feel as if something big is about to happen," she said. "Something feels like we're about to live in a totally changed world. It feels like end times. Why are we apologizing to the Muslims? They're killing and expelling their Christians and we don't say a word. End times."

I nodded. There is that feeling in the air.

I got another text from my very devout Christian friend. "Don't tell me Obama isn't a Muslim," she said. "I don't care what he calls himself, he's a Muslim. That's why he's always apologizing to the Muslims." I think she's bit off the mark here. If Obama says he's a Christian, he's a Christian.

I slept for a long time while listening to Mozart and the trains. Then I went to the mail box and got the latest news from the Obama/Biden campaign -- oops, meant to say, "The New York Times." Naturally, it was filled with rage against Mitt Romney There was very little vitriol against the killers in Libya, but plenty against Gov. Romney.

I sure hope that the people at the Romney campaign don't read The NY Times. It is just endless propaganda against Republicans. Nonstop. We Republicans should campaign on our own issues. Mr. Obama's idiot foreign policy is such an issue.

I went off to do my errands in Sandpoint. A visit to a super pleasant post office. A helpful clerk was patient with my terrible handwriting. Then a visit to the Alpine Shop to see my pal, Tim Farmin, who looked happy but told me my boat needed a new battery. Then, a visit to Ivano's to pick up some grub for tonight.

At Ivano's, I talked to a man who seethed with rage against Mr. Obama. He simply could not believe that Mr. Obama would make time to be among his Hollywood big shots but not make time to see Benjamin Netanyahu. "These are getting to be Biblical days," he said. "The final days."

A trip to the art framer, then to the drug store, then to the Safeway to buy a cake. The woman in the bakery told me that the days of tribulation and the dictatorship were upon us. She is looking to move to the mountains "to find refuge..."

"Be careful," I said. "That's what Vicki Weaver was looking for and it didn't work so well. Our refuge is in The Lord."

As usual - even without leaving the house very much - I'm living at the tip of the spear. "Our refuge is in The Lord" - theirs is in Allah - but no one is relying on their 21 Century educations, their critical faculties, or common sense. They're all leaning on the very 1st to 13th Century texts and "beliefs" that instruct them on how to orchestrate their pre-ordained destruction, unable - and unwilling - to see it, or more importantly themselves, as the instruments of their own demise.


Beware, Children - the denizens of The New Dark Ages have hives:

If you're one of those who knows, save yourselves.

The fanatics are now out in force,…