Mittbot 3000 Re-Calibrates After Another Unforced Error 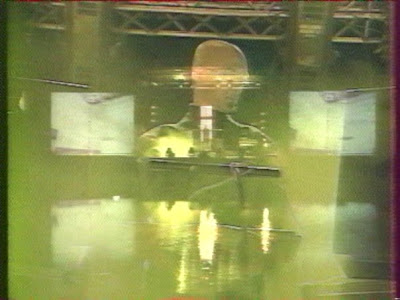 I've put the accuracies within this Jonah Goldberg excerpt in bold, so the Romney cheerleaders can fully appreciate exactly what they've been supporting - and I've known to steer clear of:


What bothers me about Romney’s statement isn’t the faulty analysis — though it is faulty — but the reliance on “analysis” like this at all. What I mean is, Romney comes across as a guy who thinks elections are simply a numbers game (and for a numbers guy, it’s pretty infuriating he botched the numbers).

According to his analysis, the folks in Obama’s camp are just write-offs, except for a few silly, “emotional” people in the middle who he hopes to sway with appeals that are less than wholly rational. I understand that Romney is speaking in shorthand, and for all we know he was just keying off premises laid out by the questioner. But even so, Romney’s remarks reinforce the overriding problem with his campaign: It is bloodlessly non-ideological. And that is by design. Stewart Stevens, Romney’s top strategist has made it abundantly clear he doesn’t much care about ideas or philosophy. That showed in his convention strategy and in Romney’s speech, which he apparently wrote. Responding to complaints about his stewardship, Stevens told Politico: “Politics is like sports. A lot of people have ideas, and there’s no right or wrong. You just have to chart a course, and stay on that course.” Not only is that not true of politics, as best I can tell it’s not even true of sports either.

Even the campaign’s ostensibly ideological ads and soundbites seem offered not as statements of conviction but as carefully — and sometimes not so carefully — crafted slogans aimed at telling the silly swing-voters what they most want to hear. I’m not naive; focus groups and poll data are part of politics, like it or not. But when conviction politicians use such tools it’s often as a way to make what they believe more salable. With the Romney campaign, all too often it seems like they’ve got it reversed. They’re trying to sell the voters on the idea that Romney believes something.

In fairness to Romney, I do think he believes things. The problem is he doesn’t have an organic understanding for politics or conservatism  — I think I was the first to say a while back, he speaks conservatism as a second language. So when he tries to express his ideas he either sounds too detached or as if he’s parroting the idiom of a language he doesn’t fully understand.

That’s the problem with what he says in that video. It’s not that everything he says is wrong, it’s just that it’s wrong enough to both hurt him and make it hard to defend what he’s saying. Ironically, I think if he were less articulate (like George W. Bush) or even spoke with a foreign accent, this would be more clear. But it is precisely because he is such a precise speaker that he gets himself in so much trouble. 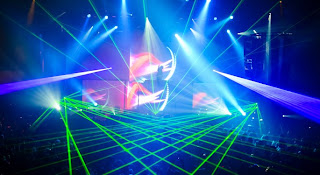 Yep - whether it's Mitt Romney's own words, those of his wife, or those of his cult - a listener actually understanding what's being said is the most destructive thing that can occur to his campaign. Or, I should say, self-destructive. I don't really mess with the "less than rational," and this campaign has had that element from the start (because of you-know-what,....) despite the best efforts of the desperate Obama haters to keep it under wraps.

You guys did good - you scared me there for a while - but I told you five months was too long to keep Mittens under wraps, and now HE'S the one who's desperate:


That's not a situation ol' Deer-In-The-Headlights-And-Voice-Getting-Shakey excels in.


I'm preparing for what possibly could be one of the greatest unravelings in political history,...