The World Is A Ghetto (And You're An Absent Landlord) 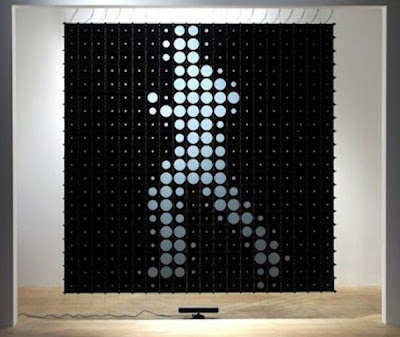 Awww, how tragic - that guy Katy Perry used to be with who just killed a lady?

He was a Scientologist:

One day on from the devastating news that Katy Perry's ex boyfriend Johnny Lewis is considered the only suspect in the gruesome murder of his landlady, an American website has discovered that the OC actor may have been heavily involved in Scientology - especially in its drug programme "Narconon".

The actor even gave a speech at a Narconon event about substance abuse prevention in 2004 - just two years before he got together with Katy. At the time, Johnny was starring in a new show called Quintuplets, and the Church of Scientology appeared to use his prominence in the public eye as a means of encouraging others to participate in their drug rehabilitation scheme - not only posting his picture all over their website, but claiming that Johnny's mother used the Narconon principles to keep her son away from drugs.

And it wasn't just his mother who was an active participant in the church - according to TMZ, his father, Michael Lewis, has not only reached one of the highest levels within Scientology, but he even wrote a film with the religion's founder L. Ron Hubbard in the early 80s.

Unfortunately, the principles of Narconon don't appear to have worked - despite checking into rehab earlier in the year, law enforcement officials in Los Angeles have reported that they're "confident" Johnny was under the influence of drugs at the time of 81-year-old Catherine Davis' murder.

Awww, again - the principles didn't work? But how can that be? (They also haven't been working in some Oklahoma deaths, not that anyone cares,...) Isn't Scientology based on principles as solid as Mormonism's? You know:

Some guy shows up, claiming to be the shit, and then he lays down the law - which consists of taking everybody's money - and then the rest of the rubes say, "Boy, he sure does have a lot of money!" and let whatever happens happen?

No, that can't be true, because these educated Americans are SO ON TOP OF THIS CULT SHIT. It's not like they're just going to focus on a fucking song about this guy and be all flip and shallow about his death, when they've got me around warning them to go deeper all the time, right? Riiiight. They're sensitive human beings:


Two people are dead and there's just nothing that could've been done about it,...