Obnoxilicious II: It's Working Against Ourselves 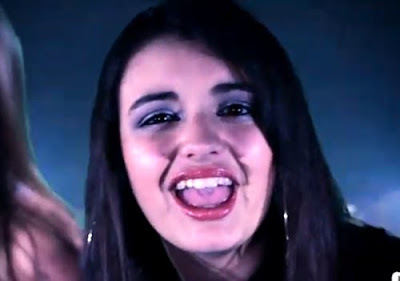 Mediaite (how do you pronounce that?) has a post that ties in with my own about the Rebecca Black phenomena and how the internet warps the music business. Word is she's been signed to a label - for what was being debated, just two weeks ago, as the worst song in America - giving credence to my "obnoxilicious" theory:

If something of value is online, it loses 80% of it's worth - because everyone will want it for free - but worthless crap gains in value, mainly because curiosity seekers will pay to see and/or hear it.

Of course there are exceptions, but I think it's a truism, and would like to hear what you think.

A 13 year-old girl, with an awful record, has been made into a millionaire almost overnight. Unworthy politicians like Obama - who, I'll remind you, also famously raised money online - can put together considerable war chests in the same amount of time. Can you imagine what could be done if that kind of money was going to something or someone worthwhile?

I say you can't because A) otherwise you'd be doing it B) it's expected that good things must rise on their own, and C) you're all too damned cynical.