Ready For Our Close-Up: Time To Fund Con Art 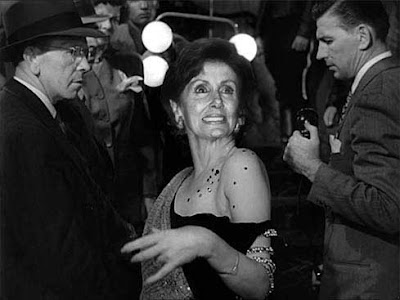 That's right - it's a crime (and a shame) the Right's con artists (conservative artists) have to keep making this point ourselves:

[If] some deep pocket conservative [could] pull together 90 of the most brilliant conservative creatives, [and] pay them a living wage,...we could BURY the left.

That's iOwnTheWorld's Big Fur Hat. I'm not sure what's up with his punctuation there, but he's responding to the news that - with 90 staff members and George Soros' money - the Liberal Media Matters is transforming itself into a “guerrilla warfare and sabotage” outfit, set to attack Fox News and a handful of conservative websites (BFH: "Please. Pick US! PICK US!!!!" - LOL) and Big Fur Hat is correct: 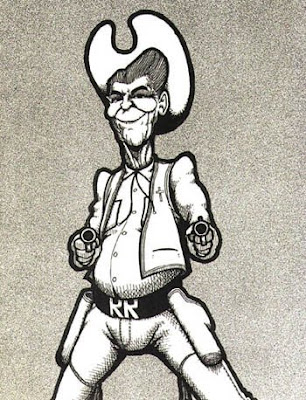 I've said many times the Right isn't utilizing it's artists, only to be met with some stupid cry that it's only out of self-interest that I'd even bring it up, when I can do the art above, and make music, and more. Any claim that I'm looking for a handout is bullshit - I'm an artist - and I want in this fight on my playing field.

But making the time to create good art takes money. 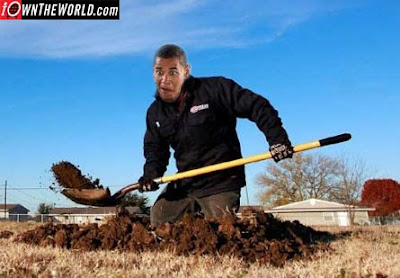 It's hilarious, and sad, the Right can find money for some lame Mary Katharine Ham thing, or Reason TV's expose's, or the many projects of Pajamas Media (which all play, pretty exclusively, to the conservative base) but - when it comes to being really creative - the Right can't find time or money for anything better than this:

And not only is that lame, but, even worse - they're happy to fund it! Like it's good! There is absolutely no reason for allowing that to be the face of the Right, or allowing the Left to dominate the arts, when there are creative conservatives out there - and conservatives with money - to get the ball rolling. It wouldn't even take 90 of us - the staff of iOwnTheWorld and TMR could handle the load alone! So TMR is joining iOwnTheWorld in calling out to "Trump, Koch, Murdoch", and Andrew Breitbart, Roger L. Simon (with that stupid hat) and all the rest - come along for the ride:

It's time to release the hounds!