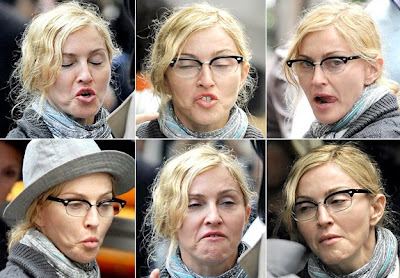 This is great because A) I haven't done a Madonna post in a looong time, and B) I can't stand Madonna. So, if you can grasp it, work with me to try and appreciate the full zen-like irony of this Kabbalah master's spiritual group working to create nothing:

A high-profile charitable foundation set up to build a school for impoverished girls in Malawi, founded by the singer Madonna and fellow devotees of a prominent Jewish mysticism movement, has collapsed after spending $3.8 million on a project that never came to fruition.

The board of directors of the organization, Raising Malawi, has been ousted and replaced by a caretaker board, including Madonna and her manager, officials with the organization said Thursday. Its executive director, who is the boyfriend of Madonna’s former trainer, Tracy Anderson, left in October amid criticism of his management style and cost overruns for the school. These included what auditors described as outlandish expenditures on salaries, cars, office space and a golf course membership, free housing and a car and driver for the school’s director.

Most strikingly, the plans to build a $15 million school for about 400 girls in the poor southeastern African country of 15 million — which had drawn financial support from Hollywood and society circles, as well as the Los Angeles-based Kabbalah Centre International, an organization devoted to Jewish mysticism — have been officially abandoned.

It honestly doesn't get any more metaphysical than this:

Madonna and her manager (!) sit on a charitable board, to help extremely poor girls, through building an already-overly-expensive school that will never exist. 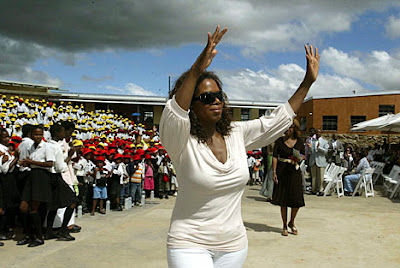 It's not as cool as Oprah's African "Leadership Academy" for girls, which resulted in rapes and lesbian relationships with the principal (and other horrible weirdness) only to have Oprah admit she was too busy, picking out drapes, to pick the staff, but it's close. I mean, if Madonna doesn't build it, who can get hurt, correct? (Of course, right after all that, Oprah gave one of her American audience's A NEW CARRRRR!!!! and then nobody cared about what happened to no stinkin' African kids.)

The choice of "the boyfriend of Madonna’s former trainer" as executive director is a nice touch as well. Message: