Why Is This Blog Always So Angry? (It Is Those "Shiny Happy People" You Have Got To Watch) 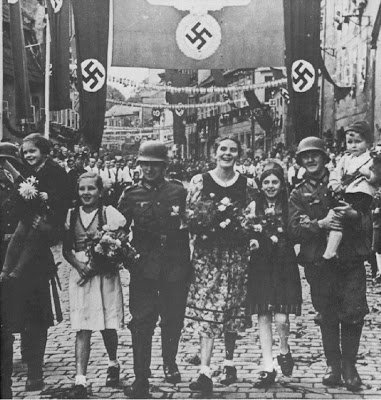 I really like reading your blog, though I'm still trying to keep up the same level of harsh that you do. It wears me out, man. You are an inspiration, but an exhausting one.

Love you, Anga! (So much like "anger"!) I have repeatedly made the argument that NewAge is Naziism and believers get away with their crimes because they seem "nice" to others (and I will continue to make that argument) but now there's a new book in France that makes my argument for me: 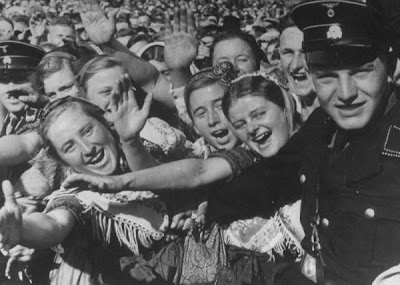 The history of French collaboration with Nazi Germany during World War II is still a very sensitive subject in Gallic literary and political circles. Bestselling novelist Alexandre Jardin has learned this the hard way with the publication of "Des Gens Très Bien" (or "Very Nice People"), a startling exposé of his famous family's association with Nazism under the Vichy government of Marshal Philippe Pétain. 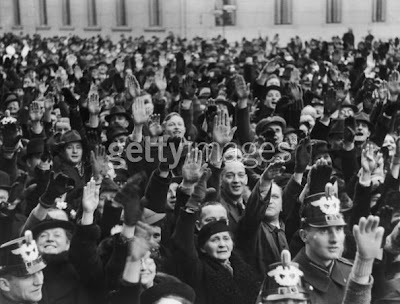 Mr. Jardin's new book, published in January by Grasset and available only in French, mixes the confessional genre with biography, history and narrative, and has sold hundreds of thousands of copies since its release. The author now finds himself accosted daily by perturbed readers desperate to unburden themselves about their own "collabos" ancestors. Yet critical reactions in the Parisian press have veered from occasional plaudits to often vicious attacks from across the ideological spectrum. The trouble for these academics and baby boomers alike is that in his work, Mr. Jardin not only denounces his respected paternal grandfather, but by extension all the other "very nice people" of wartime France. 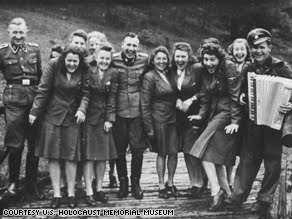 NewAgers are proponents of the concept of "duality", where there is no right or wrong (as long as they're happy!) and they maintain this through delusion, or an escape from reality - but there is no escape: 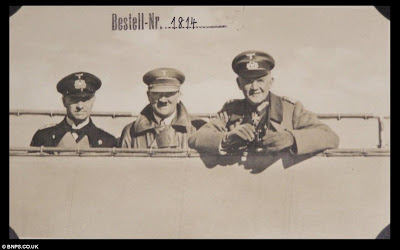 "After 70 years I thought we could start to recognize the reality of our families and how they behaved during the war," Mr. Jardin tells me in an interview from Paris. "The core of the problem is that I have not spoken about monsters. My grandfather was not a monster. I have spoken about what 'very nice people' did in France when they accepted collaboration with Nazism. I did not realize I would provoke such anger. So long as we were putting authentic monsters on trial—like Maurice Papon for example—no one was worried. But to lift the lid on the question of the responsibility of people who were 'moral' during the collaboration has totally panicked French society." 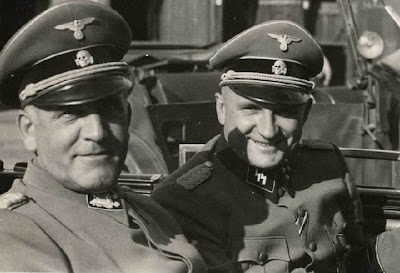 The reaction to Mr. Jardin's book tells us as much about France as does the work itself. As Mr. Jardin observes, "It expressed something very powerful inside French society: the desire to protect the honor of our families, while in reality the large majority in France were behind Pétain during the Second World War. . . . With the liberation, France threw herself behind Gaullism with such fervor because we were ashamed of our behavior. He [de Gaulle] offered us his glory. . . it seemed to me that 70 years on we could tear up this pact and come to terms with reality. But this has provoked incredible emotion." 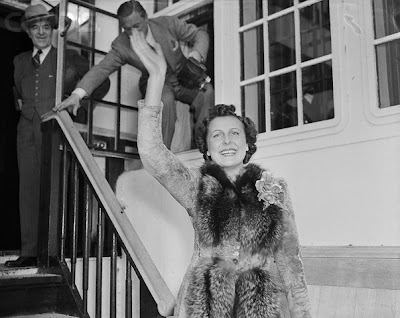 Most historians, and renowned Nazi hunter Serge Klarsfeld, remain unmoved, pointing to Mr. Jardin's lack of archival proof. But Mr. Jardin has at least one powerful supporter for his claim that Jean was fully aware of the atrocity of July 1942. 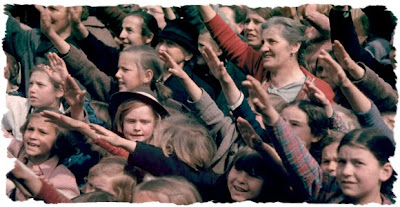 "A few weeks ago I found myself around a table at the Elysée with [French President Nicolas] Sarkozy, at a lunch with three writers and a journalist and a historian," Mr. Jardin recounts. "The historian suddenly said to me: 'But you don't have a lot of proof against your grandfather; [Mr.] Sarkozy got up out of his chair, cut her off and said 'Madame, I have had a lot of chiefs of staff.' He gave her a lesson explaining that a chief of staff was nothing like a government departmental head. It was evident listening to [Mr.] Sarkozy that the prime minister's chief of staff could not but be intimately associated with the decision. 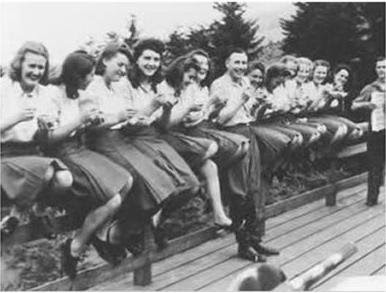 All the same, in Mr. Jardin's telling, the historian insisted that "'that did not constitute proof.'" Then, "[Mr.] Sarkozy's temperature rose and he said something incredible which came from his gut: 'Madame if I asked [French Interior Minister and Mr. Sarkozy's former chief of staff] Claude Guéant to organize a round-up of 13,000 Jews next week in Paris, whatever the circumstances, I know Claude would resign. His [Mr. Jardin's] grandfather did not resign.' Then [Mr.] Sarkozy turned to me and said: 'I don't understand why there is a polemic.'" 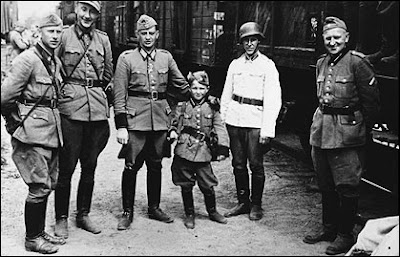 As Mr. Jardin sees it, a certain moral code, exemplified by his "loyal" grandfather, was crucial to the Vichy machine. "In the end it was not at all necessary to be a monster to participate in the worst. There was an anti-Semitism of the state. Men like my grandfather were prepared to do absolutely anything to preserve a little fragment of national sovereignty," Mr. Jardin observes. "They preferred that the French police came to arrest Jewish families rather than let the German police do it. It is disturbing. In any case in my family there has not been any [feeling of] guilt after the war. My grandfather had the feeling of having done good. It is incredible." 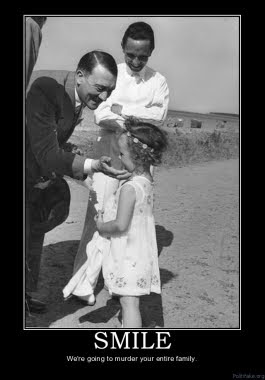 Incredible, indeed. And this is what we live with today - with the Oprah's and the Ellen's, Huffington's and Knight's, the Deepak's and Hay's and the Ray's and Maclaine's - the unending idea that, no matter what harm they and their "beliefs" have brought to other's lives, they are somehow doing good. Hell, even psychics who are busted in crimes, red handed, claim as much. But, one day, this, too, will all be exposed as a lie.

And, like France, the entire society that protected and promoted them will be determined to be complicit. 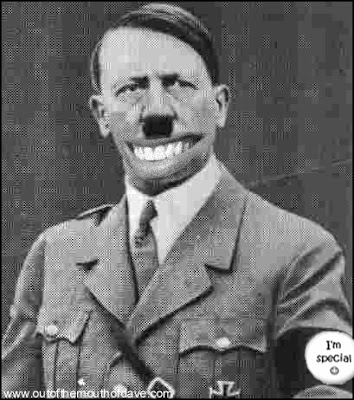 So enjoy it while it lasts, people - smile! These are the good times!