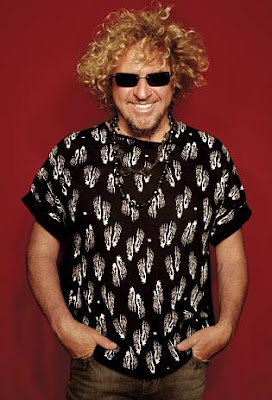 Or all of his pistons ain't firing right.

It never bothers me to have further proof someone can be rich and a complete idiot (it seems to be the rule more than the exception) but does it ever occur to these supposedly-educated people that A) their minds could've been playing tricks on them, or B) they just can't figure out what happened? By the year 2011, do they always have to go for the crazy?

No doubt Sammy Hagar, a former lead singer for Van Halen, has enjoyed a lot of far out experiences in life, but on Monday, the rocker told perhaps his farthest out tale to MTV. He was abducted by aliens.

Or, at least, his brain was.

In an interview for his new book, "Red: My Uncensored Life in Rock" at mtvhive.com, Hagar lets go of what even he admits might make him "sound like a crazy person" to some readers.

He and the reporter are talking about dreams he claims to have had about UFOs, and when asked whether he believed he had been abducted, Hagar answers: "I think I have."

The reporter seemed surprised. "What? Really? I was kidding. You seriously believe that?" he asks.

Hagar laughs and goes on to explain that a passage in the book described as a dream in which he is contacted by aliens from outer space in California was, in fact, reality.

The tale describes how the beings tapped into his mind through a wireless connection.

"It was real," Hagar told the reporter, according to the story on MTV's Hive website. "They were plugged into me. It was a download situation ... Or, they uploaded something from my brain, like an experiment."

Hagar goes on to describe another experience at the age of four where he believes he saw an alien space ship in broad daylight hovering over a country field where his family lived. 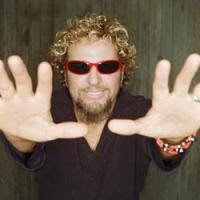 I know, I know, Hagar's never been known as a genius - not even musically - but do you have to be a genius NOT to say something stupid?