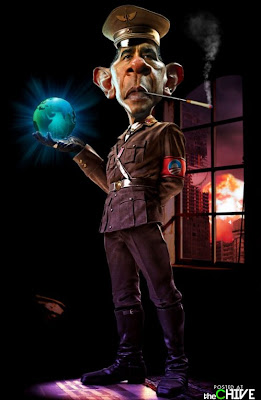 Oh man, I can still clearly remember my liberal friends - and I mean my friends, who I still talk to, not the posers who abandoned me - asking if I was certain about what Bush was doing, and me, answering with "100%."

And after my wife was gone, with a French Leftist, NewAge Bush-hating con man killer, oh how the liberals laughed at me - as I'm sure my wife did - when Obama got in (more props to my liberal friends: they all called and asked if I was "O.K."). This blog - which, during the election, had been making enough in donations to pay my rent - fell totally off after that, some days only getting 300 visitors. And they were only here to heckle. It was a lonely time.

But look at us now - we've come full circle. And while the donations are small, my heart is large, and I feel fine to be without that multitude of personal tormentors, who were only around when times were good, but dimmed their view - and started acting out - during the fog of war. They got everything they wanted. Everything. And now what are they left with?

I told you I was the wrong nigga to fuck wit.