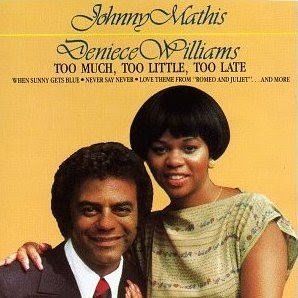 Former U.N. ambassador John Bolton is singing that old Johnny Mathis & Deniece Williams hit, Too Much Too Little Too Late, and rightfully so:

John R. Bolton, the former ambassador to the United Nations who is weighing a presidential run in 2012, accused President Obama on Friday of failing to address threats to U.S. national security and called the administration's approach to the crisis in Libya "pathetic."

Hours after the president warned that the United Nations was ready to launch a military strike to defend the Libyan people if their leader Moammar Kadafi did not halt his attacks on civilians and pull back from the rebel stronghold of Benghazi and three other cities, Bolton cast the president as indecisive, inconsistent and uninterested in foreign policy.

Speaking on the opening night of the state Republican Party convention in Sacramento, Bolton told fellow party members that had he been in charge, he would have moved far more swiftly and would have unilaterally declared a no-fly zone in Libya during the early stage of the crisis.

"Had we acted in those early days, we could have tipped the balance conclusively against Kadafi and this whole thing might be over," Bolton told hundreds of delegates over dinner in the ballroom of a downtown hotel. "Instead the president dithered, and he watched, and he waited, and he temporized."

"In the course of his ruminations, he said Kadafi has got to go — and then he still didn't do anything about it — thus exposing the United States to an enormous credibility problem with our friends and allies, as well as our adversaries."

In recent days, the United States and its allies at the United Nations have ratcheted up pressure on Kadafi to leave power. The U.N. Security Council agreed Thursday to use "all necessary measures" to protect the Libyan people, clearing the way for military strikes on Libyan aircraft and ground forces. The vote was 10 to 0 with five abstentions from Germany, China, Russia, India and Brazil.

"This is the great diplomatic successor to the Bush administration? Are you kidding me?" Bolton scoffed to laughter Friday night. In addition to his tenure as U.N. ambassador during George W. Bush's second term, Bolton also served as undersecretary of state for arms control and international security in Bush's first term,

In a broad-ranging and well-received critique of Obama's foreign policy, Bolton said Obama was "still not qualified to be president" two years into his term. He suggested that the president had underestimated the threats in North Korea and Iran and "doesn't see the rest of the world as terribly threatening to American interests," while placing his faith in international institutions to provide security for the United States.

"He is our first post-American president," Bolton said, adding that he didn't mean "un-American" or "anti-American." "He's kind of beyond all that patriotism stuff. He's got a much broader view of what our policy should be."

I'm not sure "it's over" for us, as the song's quavering refrain says, but, if you ask me, there's definitely no romance left.

And in case you're wondering, yeah, I hope Bolton's running, if only to keep the others serious and honest. He'll gladly throw his support behind Palin when the time comes - Hey:

I wonder if she's got any singing skills?