Death Of A Salesman 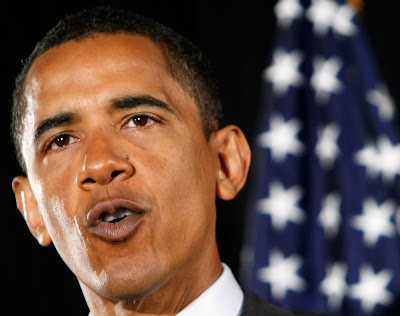 "You often hear it said, of some political or other opportunist, that he would sell his own grandmother if it would suit his interests. But you seldom, if ever, see this notorious transaction actually being performed, which is why I am slightly surprised that Obama got away with it so easily. (Yet why do I say I am surprised? He still gets away with absolutely everything.)

Looking for a moral equivalent to a professional demagogue who thinks that AIDS and drugs are the result of a conspiracy by the white man, Obama settled on an 85-year-old lady named Madelyn Dunham, who spent a good deal of her youth helping to raise him and who now lives alone and unwell in a condo in Honolulu. It would be interesting to know whether her charismatic grandson made her aware that he was about to touch her with his grace and make her famous in this way."

- From a brilliant - and absolutely scathing - Christopher Hitchens column on Slate.com

If there was any justice in the world, this column would be the end of Barack Obama's candidacy, and Christopher Hitchens would be invited to sit on the panel of all American presidential debates. Hitchens just makes other journalists look like the idiots they already appear to be. This is brilliant, just brilliant, and insightful writing.

Easily the best piece I've read all day.
Posted by The Crack Emcee at 9:33 PM