If My Crystal Swings Left, You Have A Cold, And If It Swings Right, Cancer: Trust Me - I'm A Doctor. Nurse! Call In My Astrologer,... 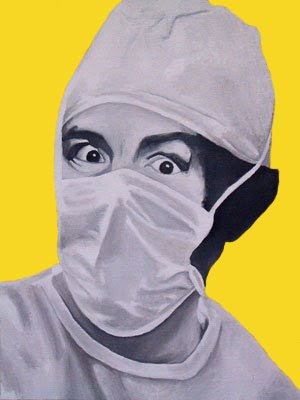 Several doctors I spoke with were religious before they became patients, but they were admittedly even more so once they faced serious illness. Others changed more dramatically. “Patients used to ask me to pray for them, and I’d pooh-pooh it,” one elderly physician told me. After he got sick, he “realized how important prayer was.”

Often these doctors expressed a hodgepodge of beliefs, drawing on the organized religion in which they were raised, and adding elements of Eastern philosophy or New Age beliefs.

That said, some physicians weren’t changed by illness, remaining skeptical and disillusioned with organized religion. “I see it helps my patients,” one doctor told me. “I wish I had it in my life more…But I don’t.” It could not always be willed.

Please, Jesus, kill me now. Don't you and God, in your infinite wisdom, understand I don't need this shit at the start of my day? You made me a non-believer, and a reader, but you don't allow my position in your papers very often so why don't you just take me? Or do you like torturing me? Yea, that's probably it. You are so fucking kind. I could just scream.
Posted by The Crack Emcee at 7:43 AM