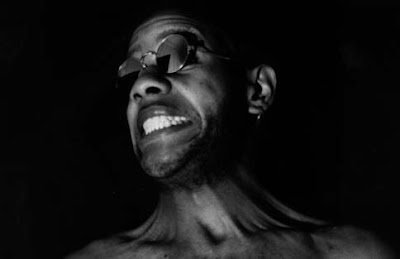 'Those words mean whatever I want them to mean,' says the Crack Emcee."

-- Apparently another abused "anonymous" so-called science-y asshole of the Left, lost in an intellectual maze of his own construction, and thus, much more comfortable making enemies, with his assumptions and accusations, than learning. And all of this - his mindset, his anger, his lack of inquisitiveness - he blames on me, not NewAge, of course. 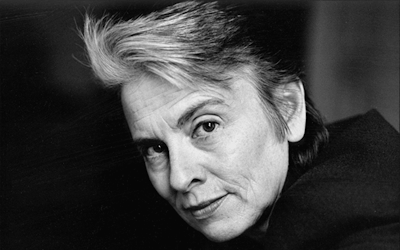 Here, let someone from your own side have a shot at it - a selection from Camille Paglia in 1998 - just to show you the similarities, since she and I are looking at the same "scene" (as a conservative, I disagree with her pro-NewAge conclusions). The difference is, having seen the future, I have the benefit of knowing I'm right. Also, if you read her whole column, there's even a bit where she says civilians who've never served their country don't know shit about protecting it - and might not be able to in the future - and I couldn't agree more with her, there, either. Unfortunately, like my accuser, above, Leftists seem incapable of shutting up, listening, and learning - it's all about them. Camille Paglia's wrong about a lot, but when it comes to thinking, she's tougher than the rest of you mental midgets combined:

After clandestinely watching the exiting crowd from the Dalai Lama's lecture here in oh-so-politically-correct Madison, Wisc., I am curious as to what your take is on such currently trendy cultural practices as eco-feminism, "natural living" and the broader New Age movement. I for one am paralyzed by the emphasis on "healing" -- are we all so hurt? -- the Mother Nature rhetoric, the narcissistic fetish for self-empowerment and the anti-urban, anti-sex ideology that seems to secretly lie at the heart of it all. What's the deal?

A gay male punk lost in the organic garden (save me ...)

Insofar as the New Age movement follows directly from the visionary and prophetic side of the 1960s (which hailed a dawning "Age of Aquarius"), I approve of it.

As a college student, I became very interested in astrology, as well as esoteric folk-sciences like palmistry and Asian forms of divination like the I Ching. I loved the shift toward Asian theories of holistic medicine and Zen-based meditation practices, originating in California, with its rich heritage of Chinese and Japanese immigration. At its best, New Age trance music, which fuses Eastern and Western tonalities (in the Debussy manner), is gorgeous, though it has unfortunately degenerated into the monotonous banalities of Yanni and John Tesh.

We have the New Age movement to thank for the fact that Chinese acupuncture is increasingly an accepted therapy in orthopedic sports medicine and that nutrition is no longer confined to the female ghetto of "dieticians" but has been incorporated into the basic education of physicians. The back-to-nature element in the 1960s, while it had too much sentimental Rousseauism (which misses nature's destructive barbarism), also helped to sound the alert about toxic and carcinogenic pollutants in our air and water after the industrial revolution.

The complex mind-body continuum, which was neglected in Western medicine, with its Cartesian dualism, needs much more systematic investigation. Many apparently telepathic or occult phenomena -- another 1960s theme I have never surrendered -- can probably be explained in scientific ways, if a satisfactory experimental apparatus could be devised (as was attempted, with poor results, at Duke University).

What you find nauseating -- and I utterly agree with you -- is the grim, granola brigade in eco-feminism, with its rigid groupthink and hostile indifference to art. These are the sad-sack people who think the deadly earnest, message-mad Indigo Girls, with their ham-handed strumming, are great musicians. (Send for the vinegar and aspirin!)

The rise of the lipstick lesbians of the 1990s has certainly pushed that kind of separatist, political lesbianism to the periphery, but it still thrives, or should I say suppurates, in insular pockets like Madison or Northampton, Mass., which the tabloids like to call "Lesbianville, USA." Unfortunately, the lipsticks on the whole are so airheaded and have accomplished so little in artistic or intellectual terms that the fascist eco-feminists, with their outmoded communitarianism, still have the ideological advantage.

The worst aspect of this movement is, as you suggest, the obsession with "healing," which predicates modern life (where Western women are the freest of any in world history) as inherently destructive. At its origins, New Age was about expanding consciousness to cosmic range, integrating humanity with nature at its vastest and most awesome. Alas, today's New Age has shrunk down to pampering the wounded "inner child," yet another in the endless American parade of victims.

TMR speaking: Yea, I'd say she pretty much nails it - the 60's, the occult, obsolete feminism, Left-wing fascism, "alternative" medicine, radical environmentalism - all staples of TMR. How it keeps going (even in the science community) is a question you fools will have to answer for yourselves.
Posted by The Crack Emcee at 10:43 AM