Their love of history doesn’t mean the French always render it accurately. It has long been common practice for journalists in France to allow their interview subjects to edit their words. “Read and corrected,” the system is called.

I once took part in an interview with Jacques Chirac, when he was president, in which he said it would not be all that dangerous for Iran to have a nuclear weapon or two. That certainly was not French policy. So the official Élysée Palace transcript left out the line and replaced it with this: “I do not see what type of scenario could justify Iran’s recourse to an atomic bomb.”

The practice of doctoring the transcript has continued under President Nicolas Sarkozy.

Last month, the president lost his temper when a bystander refused to shake his hand at the annual agricultural fair. (A polite translation of what he said would be, “Get lost, you stupid jerk!”) The incident, captured on video, was seen by millions on the Internet.

According to the daily Le Parisien the next day, Mr. Sarkozy later expressed regret in an interview, saying, “It would have been better if I had not responded to him.” But the paper’s editor soon confessed that the words of regret were “never uttered.” They had been edited into the transcript by the Élysée Palace. 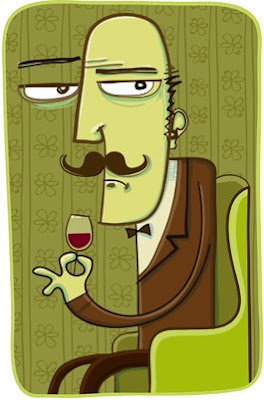 The Customer Is Always Wrong

It is hard for French merchants to admit they are wrong, and seemingly impossible for them to apologize. Instead, the trick is to somehow get the offended party to feel the mistake was his or her own. I’m convinced the practice was learned in the strict French educational system, in which teachers are allowed to tell pupils they are “zeros” in front of the entire class.

A doctor I know told me he once bought a coat at a small men’s boutique only to discover that it had a rip in the fabric. When he tried to return it, the shopkeeper gave him the address of a tailor who could repair it — for a large fee. They argued, and the doctor reminded the shopkeeper of the French saying, “The customer is king.”

“Sir,” the shopkeeper replied, “We no longer have a king in France.” 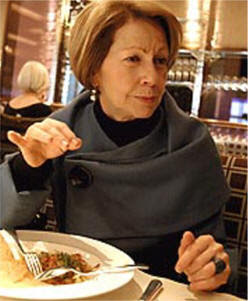 When It Comes to Politesse, There Is No End To The Lessons

Never use the word “toilette” when asking a host for directions to the powder room; try to avoid going there at all.- Elaine Sciolino, the New York Times' Paris bureau chief, with a list of "eight lessons learned" while living in France, all delivered as though the French public being massively misinformed and regularly ripped off - while their guests are forced to hold their bowels like a child on a long drive - are cute to anyone but elitists who plan their vacations according to whatever descriptions of social sadism they can find in The New York Times.

Thank goodness there are American writers living in France with less of a willingness to, how do you say, "bullshit us" about what to accept from frogs?