Obama Is Our Religious Bullwinkle: "No Doubt About It - I Got To Get Me Another Black!!!" 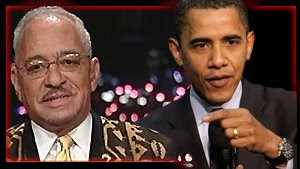 - Peter Wehner, pointing out the effectiveness of Left-wing hypocrisy and media-saturated cultural brainwashing (the president is a racist, and Obama is clean, right?) while writing for the National Review Online [Underlined emphasis TMR's]