In No Mood To Play Around 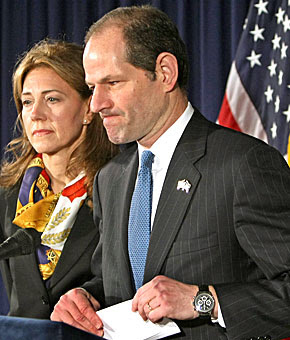 Looking at the pictures of Eliot Spitzer's wife are torturous. Betrayal is such an ugly thing. You can see she hasn't been sleeping, probably not eating, as well. The poor woman. Anyone who can suggest there are "worse things than adultery" is either sick in the head or equally guilty. Without killing someone, it is, without a doubt, the ultimate way to hurt those who love you.

I hope she'll be alright and has friends who will be good for her and her daughters because, despite knowing the truth, she's still in for a rough ride ahead. Possibly years of torture because nothing will ever be the same:

She now knows she can't trust him but, more importantly, she's discovering she can't exactly trust herself - because, damn it, she trusted him.

That's the really tough part. That look in the mirror.

Moving on, the way the media is trying to portray this - as merely a male failing - when 70% of divorces are started by women, is just wrong. Oh well, the Liberals have their story line and they're sticking with it, whether it's a lie or not. When it comes to the part that's true though, I think Kathleen Parker says it best:

"Are we harder on women than we are on men? Here’s a hint: If President Hillary Clinton were caught having an affair with a male intern her daughter’s age, would she ever be received again in public except for her own funeral?"

I assure you, the answer - outside of Liberal circles - is a very-loud "no". How "feminist" Hillary helped make that statement true is a question for the ages. Stand by your man? Understandable. Cover for the cheating bastard? Attack his accusers? And then run for his job - with his help - in front of all of us? That's just sleazy NewAge insanity. Our whole country needs a shower after those two. Like Mrs. Spitzer, we didn't ask to be a part of this. 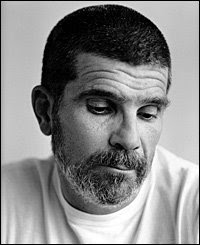 David Mamet has switched sides, politically, becoming a Conservative. (Something Liberal dreamers keep declaring is impossible in these anti-Bush times.) It happened for Mamet as it does for so many others:

"As a child of the '60s, I accepted as an article of faith that government is corrupt, that business is exploitative, and that people are generally good at heart.

These cherished precepts had, over the years, become ingrained as increasingly impracticable prejudices. Why do I say impracticable? Because although I still held these beliefs, I no longer applied them in my life. How do I know? My wife informed me. We were riding along and listening to NPR. I felt my facial muscles tightening, and the words beginning to form in my mind:

Shut the fuck up."

Ha! "Shut the fuck up" was such a popular phrase with me, my ex had it put on a t-shirt for one of my birthdays. It really is a magic phrase. A serious determinant of position:

Liberalism is over once you get there.

Welcome to the club, David. 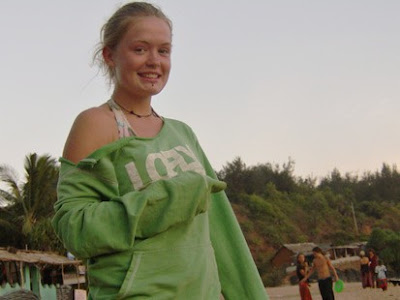 Fiona MacKeown, the mother of Scarlett Keeling (above) a 15-year-old murdered in Goa, India, is being questioned about possible negligence in leaving the teenager on her own. While her mother and family were in another part of India, her daughter is said to have been drunk, and high on drugs, when she was raped and murdered on a beach. So why do I mention it? Listen up:

"Mrs MacKeown, 43, is well used to being viewed as unusual, with her brood of children by at least four fathers leading an alternative New Age lifestyle, with the help of her partner, Rob Clarke, 47."

Yep, Scarlett's mom is one of them. Speaking of them, in some parts of the world, NewAgers are being jailed for failing to vaccinate their kids, which I think is a step in the right direction: Let there be a real price for imposing this idiocy on kids. On society. On history. 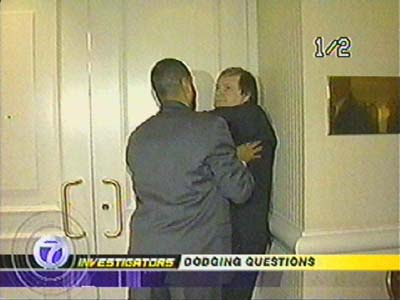 Which all brings me to Kwame Kilpatrick, the embattled mayor of Detroit. Just four words:

Shut the fuck up.