Yea, What Kind Of President Would Say That?

"What kind of president would say, 'Hey, man, I can't go 'cause I might get shot so I'm going to send my wife...oh, and take a guitar player and a comedian with you.'"

- The actor and comedian, Sinbad, commenting on a trip he took to Bosnia with Hillary Clinton, that she's been recalling as a "dangerous" mission. Sinbad also said the "scariest" part of the trip was deciding "Do we eat here or at the next place?" 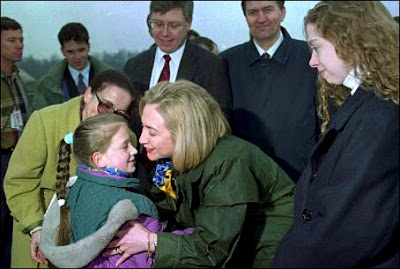