Do You Want To Be Right Or The Last One Left? (A Short Reflection On The Left's Policies, Regarding Human Suffering, Here And Abroad) 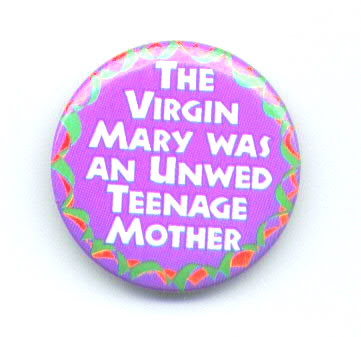 "In the last 50 years, there has been an extraordinary decoupling of marriage and procreation. In 1960 about 5 percent of births were to unwed mothers; that figure is now a record high of nearly 40 percent. Out-of-wedlock births used to be such a source of shame that families tried to hide them: Singer Bobby Darin was born to a teen mother and raised to believe she was his sister. But now out-of-wedlock births are greeted with a shrug."

"Both candidates [Barack Obama and Hillary Clinton] are largely missing the point,...the latest data from the U.S. Bureau of the Census remind us that the breakdown of the traditional two-parent, married family is a far greater contributor to poverty in America than many of the supposed shortcomings of our economy." 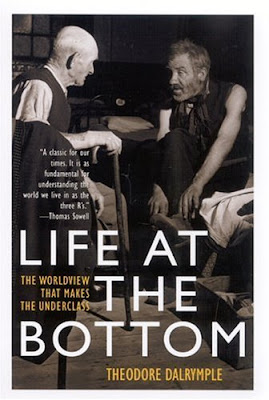 "Here is a searing account—probably the best yet published—of life in the underclass and why it persists as it does,...that long-term poverty is caused not by economics but by a dysfunctional set of values, one that is continually reinforced by an elite culture searching for victims."

- The description notes to Theodore Dalrymple's book, Life At the Bottom: The Worldview That Makes the Underclass 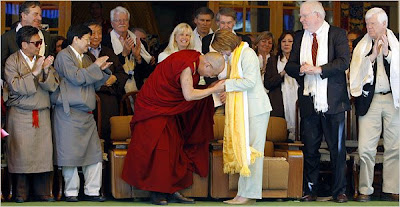 "The image above from today's New York Times is so wrong in so many ways. It captures the photo-op high moment of Nancy Pelosi's recent visit to Dharamsala, India. First off, the depth of bows should be reversed. From this shot, you might imagine Nancy to be the great spiritual leader, which -- just my guess -- she probably is not. Second, what was the thinking as to how this trip would affect the US presidential elections in November? You can be sure this was covered in some strategy session. The leveraging of human suffering to wave the flag of liberal correctness has to be at least vaguely nauseating -- especially in light of the fact that 99+% of the people viewing this photo have no fucking clue what's really going on in Tibet."

- From Chris Locke's excellent Mystic Bourgeoisie blog (Chris has been busy as hell recently - go: read this slam on Uma Thurmond's dad - it's a classic MB post! Our politics are slightly different, but Chris is my friend, and there's more NewAge info on his blog than I'll ever know.)
Posted by The Crack Emcee at 10:25 PM