You Starved Iraqi Kids (While Saving The Planet) 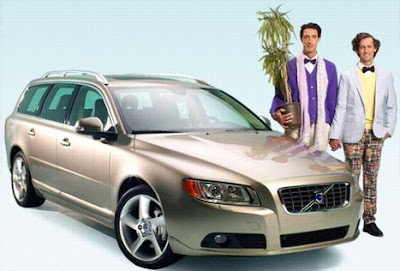 "Mar 20th, 2008 | STOCKHOLM, Sweden -- AB Volvo will pay back the profits that two of its subsidiaries made under the oil-for-food program in Iraq — plus a fine of $19.6 million — to avoid prosecution, the Swedish truck maker said Thursday.

The company said it has entered agreements with the U.S. Securities and Exchange Commission and the U.S. Department of Justice, resolving issues related to the oil-for-food program.

The oil-for-food program, which ran from 1996 to 2003, was aimed at easing Iraqi suffering under U.N. sanctions imposed after Saddam Hussein's 1990 invasion of Kuwait. By 2000, however, Hussein's regime began insisting that kickbacks be paid to secure oil contracts."

- From Malin Rising, writing for the Associated Press