Alright, see, this is a real puzzle. I'm not joking:

By now, everybody knows I'm deep into this cult shit. So more than with politics or anything else, reading the news just doesn't have that "oomph" I'm looking for anymore, until I can find those almost-unknown stories on the demented world of the believers, and plumb what makes the crazies "tick".

I've become some kind of an expert on it, with people contacting me to know what to do about their mothers, cousins, friends, etc., and if this or that organization is a cult. I'm always glad to be of help, and gratified that (even with all the cult apologists that visit the site) there are people who can read about my experience, and my thoughts on the subject, and come away hoping I can be of some service to them. It makes me feel that, though I'm a layman, I've achieved a certain knowledge base reserved only for the very privileged few that have been touched, directly, by the morbid, ancient, medieval curiosity that still exists under the title of "cultism" in the modern world.

But now, I have to admit - with this shit - I'm in that state the English refer to as being "completely gobsmacked":

Ladies and Gentlemen, that opening video leads to "music" that was actually written, and performed, by L. Ron Hubbard, the leader (and so-called "Renaissance Man") of the Scientology cult.

So why is this particular cultish morsel so troubling for me? Well, for one thing, it's music - something I knew a thing or two about long before I understood cultism - but not only that, it's really, hopelessly, awfully, terribly, profoundly, bad. (Yes, even worse than the bad art I've posted before.) And that's exactly where my confusion, and frustration, comes in.

Believe me, it's not that I ever believed L.Ron Hubbard's follower's claims that he was ever good at *anything* (we have his lousy books, his goofy followers, the movies they make from his books - and even his own pronouncements - as proof the guy was a towering bozo) but - think about this now - this is the cult that got Isaac Hayes to leave South Park!!! Isaac Fucking Hayes! A guy whose music is so fucking good that, since my divorce, I can't even listen to Walk On By (above) because it affects me so deeply. Fucking Chick Corea is actually playing on this pile of steaming dog crap and has been claiming LRH as a musical inspiration for years!?!

HOW IN THE FUCK DOES THAT HAPPEN???? 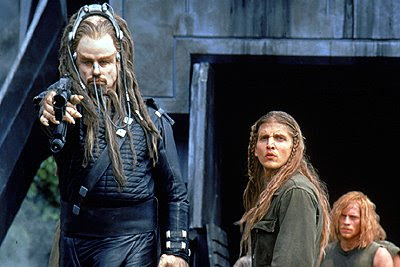 Oh sure, I can understand actors falling for Scientology - they're fucking actors - as weird, complex, and potentially screwed-up, a group of people as the mammalian species will ever produce. They can get confused, playing with emotions so much, adopting someone else's persona and such. BUT MUSICIANS? Come on.

I know tons of musicians - really good musicians - and, when it comes to producing art, you've either got to have something or you don't. It's that simple. And if you ain't got it, you ain't got it, and nobody's gonna fuck with you anymore. We're too busy, "trying to get some shit down", to be fucking around with idiots. 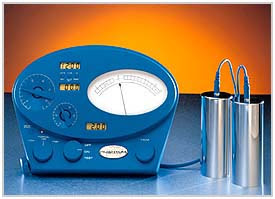 But not the musicians in Scientology. Why? What in the hell are those e-meters doing to the minds of musicians?

I've got to get me one of those things (I hear you can buy 'em on E-Bay) but, shit, then I'd be afraid to use it because it could potentially warp my mind as badly as it's warped theirs. This is maddening:

What the hell is Chick Corea doing on that recording?