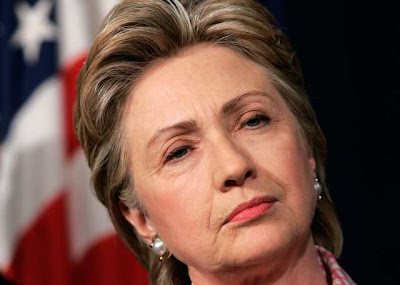 "You could argue that it’s impossible to know someone’s religion in their heart of hearts. But come on. If someone said they were going to “take Hillary Clinton at her word” that she’s a Christian, they’d be rightly mocked."

- From Christopher Beam, writing for Slate.com

BTW, Slate has another post - also by Mr. Beam - on what he (accurately) calls The Nutjob Conundrum, where he, too, wonders why the subject of "nutjobs" associated with the candidates isn't discussed more openly in this campaign.

Now that would be getting us somewhere.