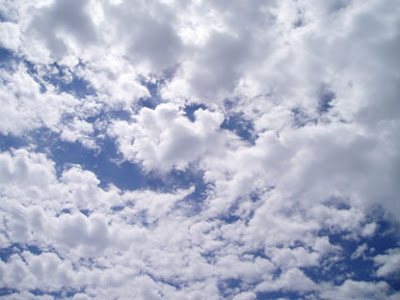 Two good articles on the way SCAMers twist language are online, and the IPCC is - literally - feeling the heat. Good job. It's about time for both. Anybody getting the feeling something positive - not "progressive" - is occurring? I can't get my hopes up yet, but some days,....

Ween got me through some tough times: They understand cultism, play like Zappa, talk to girls like guys, and make good videos (how hard can it be?). This is the song that first got my attention. I was sitting in a cafe - yea, I'm embarrassed - but this is proof the time wasn't completely worthless. I was just depressed. This picked me up. Enjoy: Ween.

This is another guy I found completely by accident: Rei Harakami. He's got a great sensibility about his shit - he really listens. I still haven't heard a bad track, which is rare these days (why do so many artists suck? Lack of standards, maybe? I don't know.) Anyway, like Ween, I'm glad to see he makes good videos. He's Japanese - figures.

Somebody turned me on to Mr. Oizo and I'm shocked to find this is really the only song that's up by him (there's like 50 versions of it - it's stupid: he's got lots of good shit.) Yea, another puppet. Whatever. Good song. Good beat. Funny head shake. Short. What more do you need?

This cracks me up: Paul Anka doing Nirvana's "Smells Like Teen Spirit". I just wanted to put up some real live music, along with all the wanking, and his self-congratulating smile at the beginning was worth it. What a loser. Yea, dude, you're doing Nirvana. We get it. Shut up. You still suck. That's the joke. You're the joke. Thank god it's Jazz.

I was just getting into Porter Wagoner when he died. He had just released The Rubber Room, and it was such a wild ride, I started listening to everything he's done (that's my way) and discovered he's another major artist - then he fucking dies. A good post-divorce song, too, if you wasn't the one that fucked it up. I'm cool. With a satisfied mind.

I love Redman. Everybody loves Redman. Redman loves Redman. I don't know how many years he's been in the game (long time now) but he never falls off and probably never will. The boy's stable as a table. You just gotta love him.

Showin' my age here: I first got into Split Enz when I was in the Navy. (1979-83) They used to be this huge band with, like, a thousand members, wearing bizarre make-up and playing some sick and twisted cabaret shit. (You really ought to check that early stuff out.) Then they kept whittling themselves down, until they became a conventional New Wave band, with the stupid haircuts and everything. This video was at the end of that period. Then they became Crowded House and I couldn't take their wimpiness anymore. How Crowded House finally led to their major success, I can't say: They sucked. Maybe it was the live shows:

I wanted to close with something special, and Negativland is one of my favorite local bands. This video clearly shows why: cut and paste madness at it's best. Anybody that suggests this is an art crime is an idiot. This is Art. The crime is trying to stop it. No matter - they can't. Here's another one called Truth In Advertising: