I seem to be getting a lot of visitors from Seed ("Science Is Culture") Magazine coming over this week. They're discussing what I'm saying, or what to do about me - Attack? Ignore? Laugh? It would be hilarious if it wasn't so (potentially) frightening. I mean, liberals will do anything. As Andrew Klavan wrote (while remarking on the conversion of David Mamet to conservatism):

"He will come to find out just how small-minded, exclusionary and intellectually corrupt many on the left can be." 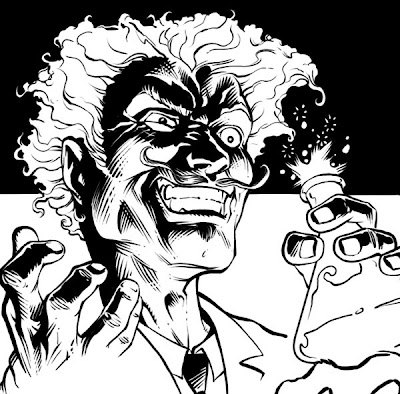 Or worse. What are scientists capable of? Sure, as one once told me (when I suggested they needed more backbone in the face of NewAge) they're "just a bunch of twits" but that's what makes Libs dangerous: they're fine as long as they think they're in control. But let them get an inkling the sands are moving under their feet, that their power might be an illusion, that their backs are against a wall - any wall - and then, they get crazy. 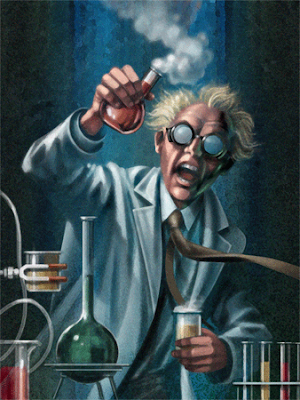 I've seen it practically every time I've posted a comment on one of the science blogs. They're hardly reasonable, or inquisitive - just hostile. Their minds are made up: no one knows more than them - about anything - and don't you dare suggest otherwise. They know a "fallacy" when they hear one (Oh, boy, do they!) but they don't seem to know much about life. Or conservatism, imagining us all as right-wing religious nuts and fascists.

The idea that conservatives, like me and Panda, could be amongst their ranks (he, as a doctor, and I as an atheist) must startle them because neither of us is a "typical" anything. What to do? What to do?

You might as well come with it, because I'm not going away, nor will I shut up - and, meanwhile, TMR's influence is spreading like paint.

And you don't want to get anything on that nice clean lab coat, now do you?
Posted by The Crack Emcee at 5:13 PM