Hopefully, He Leaves His Guitar At Home 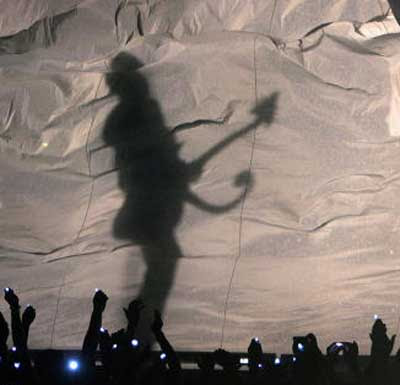 "Pop star Prince is showing up at people's houses as he tries to preach to them as a Jehovah's Witness, which he converted to in 2001. Some fans are so stunned when they find him at their doorstep that he finds it hard to get away.

'Sometimes fans freak out. It might be a shock to see me, but that's no reason for people to act crazy, and it doesn't give them licence [sic] to chase me down the street,' he told USA Today,...”