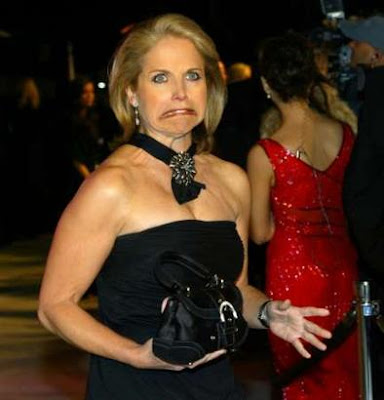 “Not knowing much about history has become a theme in this campaign. Senator Joe Biden, the vice-presidential candidate — who isn’t getting slammed daily by the media or being told by former friends to pack up the diaper bag and go home — said during an interview with Katie Couric, 'Part of what a leader does . . . to instill confidence is demonstrate that he or she knows what they’re talking about and communicates to people, if you listen to me and follow what I’m suggesting we can fix this. When the stock market crashed, Franklin Roosevelt got on the television and didn’t just talk about the princes of greed. He said, ‘look, here’s what happened.’

Funny that Katie, who hammered Sarah Palin for her less-than- illuminating answers, didn’t point out to Senator Biden — and to the millions watching — that Hoover, not Roosevelt, was President in 1929; that no one at the time was yet watching television; and that it was shocking that someone who had been a senator for 35 years did not know some basic facts of history. If Sarah Palin had made such a mistake, Katie (and the rest of the media who pass over Biden’s serial gaffes) would have pounced, and it would have led the news, hour after hour.”

-- Myrna Blyth, showing she knows more about history - and journalistic ethics - than Katie Couric, for the National Review.