I Didn't Do It (The Democrats Did) 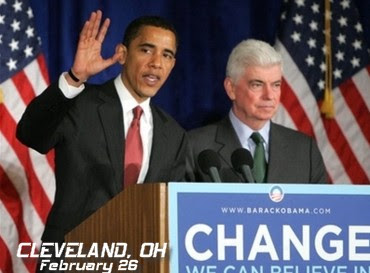 "There are two essential problems with [the bailout] analysis: it is factually false and morally unwise.

Rep. Barney Frank was elected by a majority of the people of his district in Massachusetts. Senator Chris Dodd is brought to us by many but not all of the voters of Connecticut. And so on. Most of us never had the chance to vote for or against these solons. So why should we be blamed?

The regulatory changes that led us to this point were the work of lobbyists, bureaucrats and lawmakers including Dodd and Frank and corrupt executives, like Raines and Johnson. We know or can know their names.

The idea of blaming 'all of us' is a way to avoid blaming those who did the deeds and reaped their ill-gotten gains.

What about cheap mortgages? Sure, some of us took them when they were offered. But who offered them and why? Yes, it is the Clinton-era changes to the Community Reinvestment Act that forced banks to lend more for “affordable housing.” Law firms, including ones connected to Obama, sued banks that failed to meet their low-income quotas for mortgages. Bankers were not driven by greed, as everyone says, but by fear. Fear of the baying hounds of regulators and lawyers would call them racist and ruin their careers. But who unleashed the hounds on the bankers?"

-- Richard Miniter, saying what I've already been saying, but for Pajamas Media.

The bailout just failed, kids, so it's clear the Democrats aren't as politically powerful as they think. (Their own guys had to turn on them for this not to happen.) Now we get to see if who's to blame for our financial security gets noticed. Time's on the side of the Republicans now:

The Dems are in trouble.