Nah: They Just Stepped Outside Of Themselves 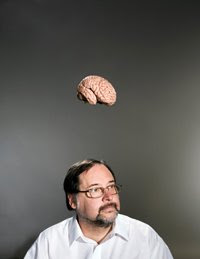 “See if you can read through the whole of [the bailout plan] without concluding that everyone in Washington has lost their minds. [Underlined emphasis TMR's]

I’m not an economist, and I wouldn’t pretend to be one, but just as an observer of Washington, and as someone who has worked on the Hill and at the White House, it is simply apparent from this draft that this program will get completely out of control very quickly. It gives the Secretary of the Treasury essentially unlimited power to use $700 billion to make purchases the scope of which is defined very loosely and vaguely. It even says:

Decisions by the Secretary pursuant to the authority of this Act are non-reviewable and committed to agency discretion, and may not be reviewed by any court of law or any administrative agency.

Even if Hank Paulson were the all knowing god of economics, would it make sense to give this kind of power to the treasury secretary for the next two years just forty days before an election? Shall we go through our mental list of who an Obama administration (or a McCain administration for that matter) is likely to put in that post?”

-- Yuval Levin, finally understanding the sense of madness out there that drives this blog, and possibly the National Review.