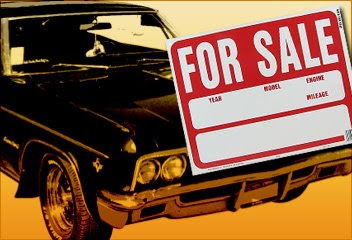 “After Tuesday’s Senate hearing I’m very concerned. The bells and whistles that would be attached to Paulson’s plan by our Democratic friends are anti-capitalist and anti-opportunity.

Capping compensation for both the selling and purchasing institutions? What? Salaries and bonuses are no business of the government. People go to work for profits. For opportunities. It’s at the heart of our free-market capitalist system.

Now, I can understand companies like AIG, Fannie, and Freddie, which effectively have been nationalized. That’s different. I don’t care if they all make $75,000 a year, just like the regulators. But to stretch this to the banks that are selling or buying the assets goes beyond the pale. It’s France. But it’s France heading toward the old Soviet Union, or at least Tsar Putin’s Russia.

And then there’s the ownership question. Some Democrats want Uncle Sam to take an ownership position in all the selling and purchasing banks. This is nuts. In America, this is nothing but property confiscation. It also will sharply curb buyers of the distressed assets.

You think Henry Kravis or Steve Schwarzman are gonna take a salary cap and lose an ownership share of the private-equity funds they themselves created and built? They shouldn’t and they won’t. And these funds are crucial to the new process. The only banks that will sell in this over-regulatory environment are the absolute, near-bankruptcy turkeys.

Meanwhile, Sen. McCain apparently has proposed that the buying and selling banks have comp-levels no higher than the top paycheck in the U.S. government, which I guess is the president’s at around $400,000 a year. Hey, I’ve got an idea. Let’s raise the chief executive’s pay to $50 million. He probably earns it anyway.

It’s these congressional bells and whistles that really trouble me. And they also trouble the stock market. Stocks absolutely roared last Thursday and Friday when they got wind of Paulson’s program. But Monday and Tuesday, as the new details leaked out and various Democratic senators put their ideas on the table, shares plunged big time. What does that tell you?”