See This Picture? That's Our Media Now. Got It? 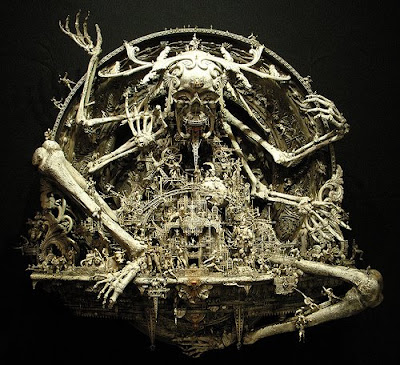 “The major media simply have not reported on Obama's two years at New York's Columbia University, where, among other things, he lived a mere quarter-mile from former terrorist Bill Ayers. Later, they both ended up as neighbors and associates in Chicago. Obama denies more than a passing relationship with Ayers. Should the media be curious? In only two weeks, the media have focused on all the colleges Gov. Palin has attended, her husband's driving habits 20 years ago, and the close criticism of the political opponents Gov. Palin had when she was mayor of Wasilla, Alaska.

But in two years, they haven't bothered to see how close Obama was with the terrorist Ayers.

Nor have the media paid any serious attention to Obama's rise in Chicago politics. How did honest Obama rise in the famously sordid Chicago political machine with the full support of Boss Daley? Despite the great -- and unflattering -- details on Obama's Chicago years presented in David Freddoso's new book on Obama, the mainstream media continue to ignore both the facts and the book. It took a British publication, The Economist, to give Freddoso's book a review with fair comment.

The public image of Obama as an idealistic, post-race, post-partisan, well-spoken and honest young man with the wisdom and courage befitting a great national leader is a confection spun by a willing conspiracy of Obama, his publicist (David Axelrod) and most of the senior editors, producers and reporters of the national media.

Perhaps that is why the National Journal's respected correspondent Stuart Taylor wrote, 'The media can no longer be trusted to provide accurate and fair campaign reporting and analysis.'"

-- Tony Blankley, on the corruption of our information stream, away from Real Clear Politics.