Betrayal, Betrayal, And More Betrayal, With Meditation And NewAge Spirituality At The Center Of The Whole Damn Thing 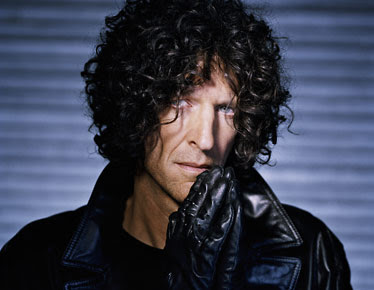 "I remember being like, 'That isn't my dad. Who is this?' Then once I reached the age when it was maybe acceptable to listen ... it really just wasn't what I was interested in, in seeing my dad that way, and also the content."

As a child, Emily first performed in the choir at her Reform temple in Roslyn, N.Y., where she sang at children's services and Jewish camp. She continued to perform in high school; but studying acting at New York University did not mesh well with her intuitive approach to theater, she said.

She further felt lost then, she said, because her parents had recently divorced: "All the time there was my dad on the radio with women, doing whatever, I had such a strong knowingness and belief in my parents' marriage," she said. "The loss of that bond between mother and father -- I can't tell you how shattering that was."

Asked if she foresaw the divorce, the actress responded, "Living this character on the radio, there's only so much you can say, 'It's not me' before you embody it -- I think that's a bit of what happened." She said she has come to understand that her father has been in the process of "integrating all selves," which is important for every person to do.

After graduating from NYU, however, Stern said she "was spiritually at a point of real distress." Besides the loss of her family life -- including the celebration of Jewish holidays with all her grandparents -- she felt artistically uninspired until she was cast in the play "Kabbalah," at the Jewish Theatre of New York. The religious satire touched on celebrity obsession with Jewish mysticism, and Stern was cast as the female lead, pop superstar Madonna. Since the play involved revelation, the cast was required to appear nude at the end of the show.

Despite her father's warnings that the press would have a field day if Howard Stern's daughter performed naked, she said she accepted the role because she loved the production. Then "Kabbalah" received a terrible review in The New York Times and nude pictures of her surfaced on the Web. Emily said the director broke his promise to her by using her image and singling her out as Howard Stern's daughter for promotional purposes. She quit the show, the director spoke out against her in the press and Howard Stern's attorneys threatened to file a lawsuit in order to stop the director from continuing to trash her, she said.