Oh, Mary, Mary, What Have You Done? 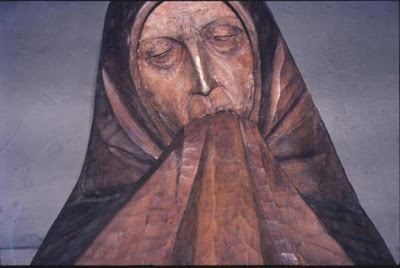 "Michael Novak [said] 'It is not credible for atheists to say believers don’t care about evidence.' Yes it is, Michael. The Christian religion is founded on the belief that an invisible spirit impregnated a human woman. Not only is there no evidence for that, it is hard to see how there could be any! If I tackle a believer on this point, he invariably says: 'You just gotta believe' — i.e. not care about the absence of evidence, or the absence of even the possibility of evidence."

-- John Derbyshire, discussing the kind of nonsense that can make atheists so very, very tired - a very real, and depressing, phenomena which causes so-called "compassionate" believers no concern at all - at the National Review Online.