Partners: The Monster And The Man 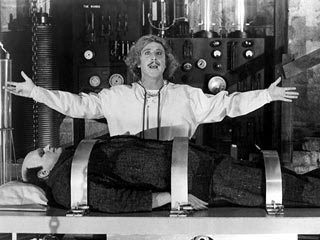 “Despite having authored two autobiographies, Barack Obama has never written about his most important executive experience. From 1995 to 1999, he led an education foundation called the Chicago Annenberg Challenge (CAC), and remained on the board until 2001. The group poured more than $100 million into the hands of community organizers and radical education activists.

The CAC was the brainchild of Bill Ayers, a founder of the Weather Underground in the 1960s. Among other feats, Mr. Ayers and his cohorts bombed the Pentagon, and he has never expressed regret for his actions. Barack Obama's first run for the Illinois State Senate was launched at a 1995 gathering at Mr. Ayers's home.

The Obama campaign has struggled to downplay that association. Last April, Sen. Obama dismissed Mr. Ayers as just "a guy who lives in my neighborhood," and "not somebody who I exchange ideas with on a regular basis." Yet documents in the CAC archives make clear that Mr. Ayers and Mr. Obama were partners in the CAC.”

-- Stanley Kurtz, digging out the communist mole Barack Obama appears to be, in the Wall Street Journal.