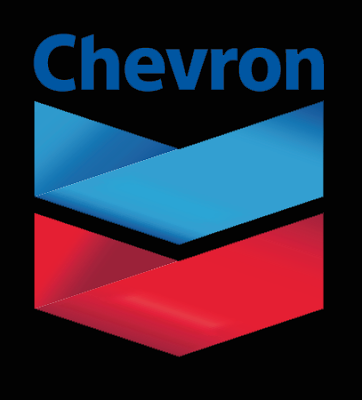 "We can entertain ourselves with stories of cocaine, sex romps, paintball, and drunken ski weekends, courtesy of everyone's favorite East Bay oil giant, Chevron. The scandal started with an Interior Department investigation into the conduct of officials with the Minerals Management Service; they lease federal land to oil companies, which explore and drill for oil, kicking a piece of the action back to the feds. Since billions of dollars can change hands over these transactions, service employees are warned to keep relations with oil industry representatives strictly professional.

But that's not exactly what officials Stacy Leyshon and Crystal Edler did, at least when it came to fraternizing with employees of Chevron and Shell Oil. According to the report, Leyshon and Edler had a grand old time boozin' it up with Chevron and Shell officials, who gladly picked up the tab. Leyshon accepted gifts from Chevron reps on 45 separate occasions; the gifts included food, drinks, a ticket to a "customer appreciation dinner," and a delightful game of paintball. Leyshon and Edler also spent a few weekends at a Colorado ski and golf resort on Shell's dime; the two employees got so trashed they couldn't drive and were put up in nearby hotels. Edler admitted to using cocaine and entering into a sexual relationship with a Chevron employee, although she denied doing any blow with him. Leyshon also made the beast with two backs with one Shell employee, as well as an employee of an oil company whose name she couldn't remember. (And when she's not too busy, she's busy selling dildos at "Passion Party" sex toy outings she organizes; Leyshon even handed out her sex toy business card at work, in violation of federal guidelines.) As the author of the report put it, "Sexual relationships with prohibited sources cannot, by definition, be arms-length." No kidding.

But this is just a bit of harmless fun, right? The public's interest couldn't have been compromised, could it? According to the report, Leyshon and Edler played a little too loose with the leases on oil-rich federal land, and may have cost the government a fortune. For example, Chevron employee Jeff Brough had assembled a bid on federal land, but forgot to include transportation costs on the bid. The underbidding could have cost Chevron a sweet bit of change, as well as getting him fired. But after a quick conversation with Leyshon and Edler, the two officials let him adjust the bid after the fact to include transportation costs. Investigators reviewed a sample of 121 bid amendments, and concluded that the amendments cost the federal government $4.4 million dollars."

-- Chris Thompson, on how business really gets done, in the East Bay Express.