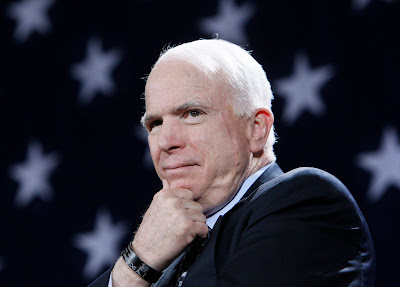 Barack Obama said he agreed with John McCain's position 15 times. John McCain said Barack Obama didn't understand, was naive, or even held a position that was "dangerous", eight different times. McCain let it be known he didn't "have a seal yet" - which was a howler - and his closer (where he said he loved our troops and would protect them) was believable, heartfelt, and passionate. Unlike McCain, Barack Obama had no such lines, no sense of humor, or sense of history. John McCain was just more authentic.

Don't get me wrong: Barack Obama did well. McCain did not knock him out. But while Obama didn't get rattled, he also didn't come across as particularly knowledgeable, or with the kind of gravitas that would put the world on notice that the United States is "back" - or would even be in good hands. His performance, in my opinion, should give other countries more comfort than Americans - especially when it comes to those in the military.

Barack Obama lives to fight another day, but TMR gives this one, clearly, to John McCain.