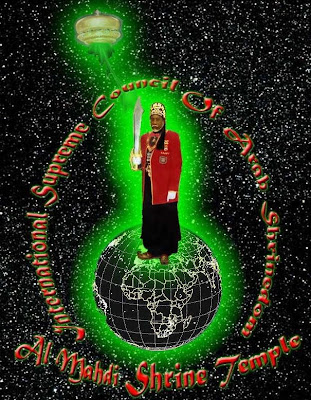 “Critics in Iran – many of them clerics – charge that Ahmadinejad's conviction that the 'end of times' is near has brought Iran dangerously close to war with the US and Israel.

'Nothing connects with the audience like the vocabulary of imminence,' says Kurt Anders Richardson, an expert on Shiite theology at McMaster University in Hamilton, Ontario. 'It's great to live with imminence if you believe. It changes everything: it supercharges politics, it supercharges ethics and collective feeling.

'Also it's a great antidote to worldly distractions. Instead of fear instigated by morality police, you have euphoria, a profound enticement,' says Dr. Richardson, speaking in Tehran during a recent conference on Mahdism doctrine. 'Clearly these people are motivated by the belief they will be privileged to see the return of the Mahdi in their lifetime.'

Belief that the 'ultimate savior' will soon return has been a constant theme, both in substance and rumor, since Ahmadinejad became president in 2005. Three years ago, he was quoted telling local officials concerned with overspending: 'Don't worry, Imam [Mahdi] is going to come in two years and all the problems will be solved.'”