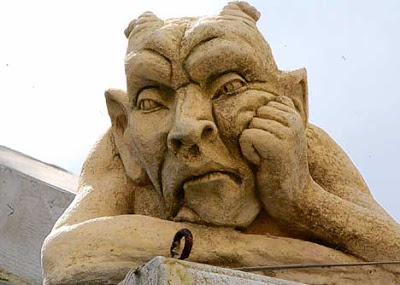 “According to critics, McCain’s 'celebrity' ads featuring Paris Hilton and Britney Spears were nothing but tawdry race-baiting because they subliminally played on white America’s fear of black men violating the delicate flowers of white American womanhood. You’d think a cognitive warning bell would have gone off the moment anyone started suggesting that Paris Hilton and Britney Spears are icons of chastity.

This spectacle is grotesque. It reveals how little the supposedly objective press corps thinks of the American people — and how highly they think of themselves ... and Obama. Obama’s lack of experience, his doctrinaire liberalism, his record, his known associations with Weatherman radical William Ayers and the hate-mongering Rev. Jeremiah Wright: These cannot possibly be legitimate motivations to vote against Obama, in this view.

Similarly, McCain’s experience, his record of bipartisanship, his heroism: These too count for nothing.

Racism is all there is. Obama wins, and America sheds its racial past. Obama loses, and we’re a nation of 'Bull' Connors.”

-- Jonah Goldberg, discovering something ugly on the Left, when it's expected in the National Review Online.