Barack Obama: Got Him Coming And Going 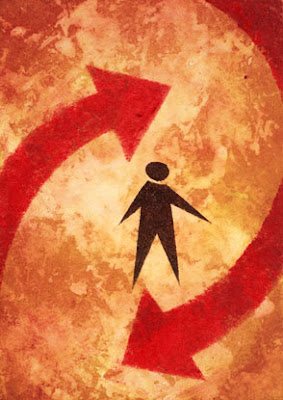 “The Chicago Annenberg Challenge stands as Barack Obama’s most important executive experience to date. By its own account, CAC was a largely a failure. And a series of critical evaluations point to reasons for that failure, including a poor strategy, to which the foundation over-committed in 1995, and over-reliance on community organizers with insufficient education expertise. The failure of CAC thus raises entirely legitimate questions, both about Obama’s competence, his alliances with radical community organizers, and about Ayers’s continuing influence over CAC and its board, headed by Obama. Above all, by continuing to fund Ayers’s personal projects, and those of his political-educational allies, Obama was lending moral and material support to Ayers’s profoundly radical efforts. Ayers’s terrorist history aside, that makes the Ayers-Obama relationship a perfectly legitimate issue in this campaign.”

-- Stanley Kurtz, who the Obama campaign has been trying desperately to silence, showing there's still good journalism in the National Review.