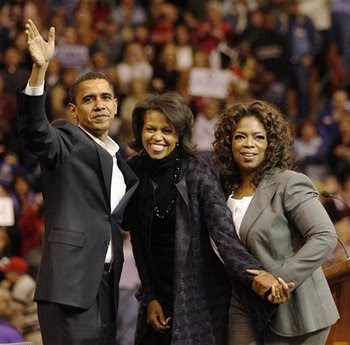 "Within the minds of Barack and Michelle Obama resides the grandiose, even megalomaniacal notion that they have the power to make the world as-it-is into the world-as-it-should be. Second, the Obamas look to talk-show host, Oprah Winfrey, as their "global role model" to effect this change. Third, as the Obamas' model for change, Oprah relentlessly promotes the grandiose New Age religion of her guru, Eckhart Tolle."

-- Robert Bowie Johnson, Jr., saying nothing new to me, but maybe it is to the American Thinker.

It hurts to think I can write about this very subject as much as I have - practically dedicate this blog to it - and have to struggle to get it noticed, but Robert Bowie Johnson, Jr. writes one piece and gets on the front page of the American Thinker. Mind you, I'm not dissing Mr. Johnson but the elitism that makes this information, coming out of his mouth, worth more than when it comes out of mine.

Click on the tags for Oprah, Obama, Michelle, or any number of the other characters out there, and there's more than enough information to make the case that this is a real phenomena and no matter which aspect you approach it from - but especially as a form of cultism - I was there first, and saying it the loudest, but, apparently, I'm not of the right social class (or don't have enough class) to make the work I've done matter. I don't know.

I do know it sucks. 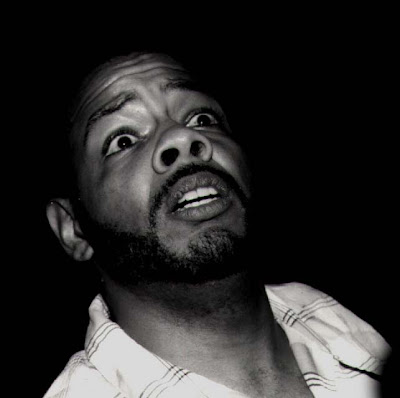 I was at work when I wrote to the American Thinker, so I didn't have time to add links, etc., to my comment. I've since added some here.

You have to dig deep into this site to grasp the ground I've personally covered, and I hope you do: the stakes are too high now for it all to be for nothing. Mr. Johnson was only scratching the surface. (For instance, before me, there was Ted Patrick.) Go back to the beginning of the blog and work your way forward, by month and year (sorry but it's the only way) and I'll continue to fill in the blanks as I continue on, trying to keep the perspective of new AT visitors in mind.

NewAge is a moving target, working on many levels and in a variety of fields. I'm happy to discuss this, and related topics, with anyone and everyone at any time. It's been my life for three years now, and I know it pretty darn well.

Anyone that can put me in touch with Mr. Johnson (I will be making attempts to contact him myself) would be doing us all a big favor.