How Bullshit Is Clearly Illustrated 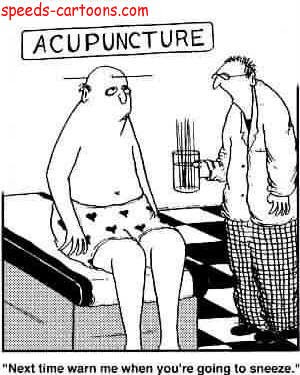 "More than 80 million adults in the United States are estimated to use some form of alternative medicine, from herbs and megavitamins to yoga and acupuncture. But while sweeping claims are made for these treatments, the scientific evidence for them often lags far behind: studies and clinical trials, when they exist at all, can be shoddy in design and too small to yield reliable insights.

Now the federal government is working hard to raise the standards of evidence, seeking to distinguish between what is effective, useless and harmful or even dangerous.

'The research has been making steady progress,' said Dr. Josephine P. Briggs, director of the National Center for Complementary and Alternative Medicine, a division of the National Institutes of Health. 'It’s reasonably new that rigorous methods are being used to study these health practices.'

The need for rigor can be striking. For instance, a 2004 Harvard study identified 181 research papers on yoga therapy reporting that it could be used to treat an impressive array of ailments — including asthma, heart disease, hypertension, depression, back pain, bronchitis, diabetes, cancer, arthritis, insomnia, lung disease and high blood pressure. 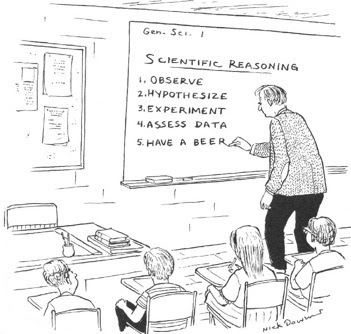 It turned out that only 40 percent of the studies used randomized controlled trials — the usual way of establishing reliable knowledge about whether a drug, diet or other intervention is really safe and effective. In such trials, scientists randomly assign patients to treatment or control groups with the aim of eliminating bias from clinician and patient decisions.

Sat Bir S. Khalsa, the study’s author and a sleep researcher at the Harvard Medical School, said an added complication was that 'the vast majority of these studies have been small,' averaging 30 or fewer subjects per arm of the randomized trial. The smaller the sample size, he warned, the greater the risk of error, including false positives and false negatives. 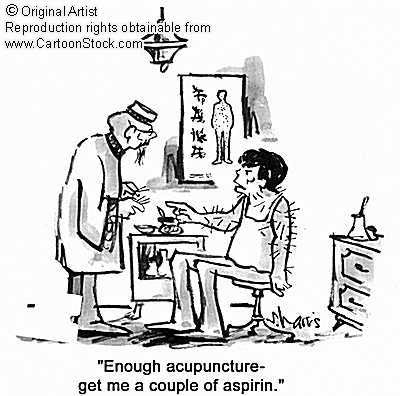 Critics of alternative medicine have seized on that weakness. R. Barker Bausell, a senior research methodologist at the University of Maryland and the author of 'Snake Oil Science' (Oxford, 2007), says small studies often have a built-in conflict of interest: they need to show positive results to win grants for larger investigations.

'All these things conspire to produce false positives,' Dr. Bausell said in an interview. 'They make the results extremely questionable.'”

-- William J. Broad, giving up the kind of information cultists couldn't care less about, even in the New York Times.