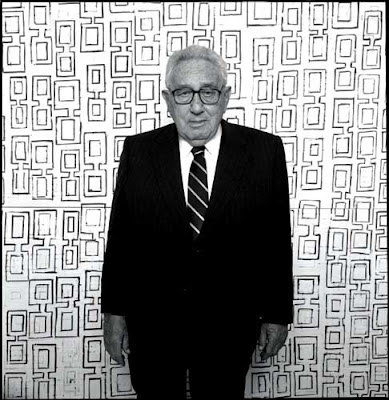 "The true farce and disgrace [of the debate] is that this increasingly glassy-eyed old blunderer and war criminal, who has been wrong on everything since he first authorized illicit wiretapping for the Nixon gang, should be cited as an authority by either nominee, let alone by both of them. Meanwhile, I repeat my question from two weeks ago: Does Sen. Obama appreciate, or do his peacenik fans and fundraisers realize, just how much war he is promising them if he is elected? Once again on Sept. 26 in Mississippi—at the end of a week when American and Pakistani forces had engaged in their first actual direct firefight—he repeated his intention of ignoring the Pakistani frontier when it came to hot pursuit of al-Qaida. Out-hawked on this point, as he was nearly out-doved on the Kissinger one, McCain was moderate by comparison."

-- Christopher Hitchens, drunkenly being more clear-eyed than most, for Slate.com.