Don't Look At Me, Genius: I'm The Guy You Hate For Laughing At Your Hypocrisy, Re-member? 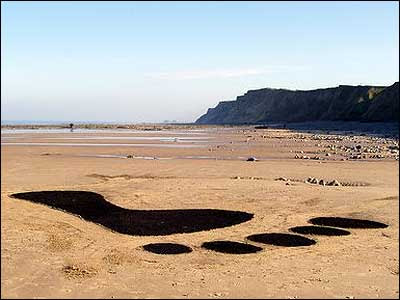 "People who believe they have the greenest lifestyles can be seen as some of the main culprits behind global warming, says a team of researchers, who claim that many ideas about sustainable living are a myth. 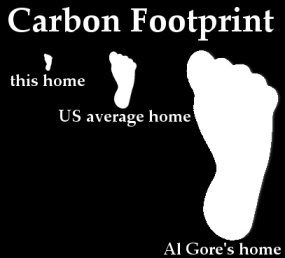 According to the researchers, people who regularly recycle rubbish and save energy at home are also the most likely to take frequent long-haul flights abroad. The carbon emissions from such flights can swamp the green savings made at home, the researchers claim.

Stewart Barr, of Exeter University, who led the research, said: 'Green living is largely something of a myth. There is this middle class environmentalism where being green is part of the desired image. But another part of the desired image is to fly off skiing twice a year. And the carbon savings they make by not driving their kids to school will be obliterated by the pollution from their flights.'”

-- David Adam, giving the efforts to reduce our carbon footprint the boot, for the very Left-wing Guardian U.K..

I talk and talk and talk to you, but you just won't listen - then you deny that it's a cult. Fine. Just do me one favor: please, doofus, direct me to a cult that listens. I swear, you guys are stoopid. Hurt your feelings? Sorry, but you need to hear it. I'm going even further, because you've now subjected me to years of listening to your self-righteous moralistic blather and ruined T.V. with these God-awful "green" commercials. So here it is:

You are the idiots the Earth can do without.

There, I said it. And I feel so much better now,...not that you'd care about anyone else's feelings but your own. But then, that's also part-and-parcel of being in a cult. Duh.