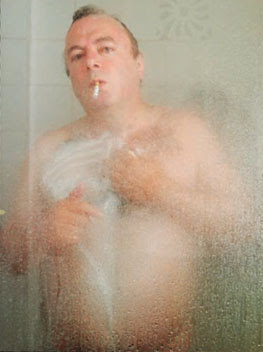 "Sen. Hillary Clinton, who wants to run as the "change" candidate—because, well, because you can't so easily run as a status quo candidate—also wants to run as a stability-and-experience candidate. Hence the repeated alterations (or "changes") in her half-baked slogans. By the time the plagiarism row had been started by her very ill-advised advisers, she had run through: "Big Challenges, Real Solutions"; "Working for Change, Working for You"; "Ready for Change, Ready To Lead"; and "Solutions for America." Sen. Obama, meanwhile, had picked the slightly less banal and more cryptic mantra "Change We Can Believe In," which I call cryptic only because at least it makes one ask what it can conceivably be intended to mean.

It is cliché, not plagiarism, that is the problem with our stilted, room-temperature political discourse. It used to be that thinking people would say, with at least a shred of pride, that their own convictions would not shrink to fit on a label or on a bumper sticker. But now it seems that the more vapid and vacuous the logo, the more charm (or should that be "charisma"?) it exerts. Take "Yes We Can," for example. It's the sort of thing parents might chant encouragingly to a child slow on the potty-training uptake. As for "We Are the People We Have Been Waiting For" (in which case, one can only suppose that now that we have arrived, we can all go home), I didn't think much of it when Rep. Dennis Kucinich used it at an anti-war rally in 2004 ("We Are the People We Are Waiting For" being his version) or when Thomas Friedman came across it at an MIT student event last December. He wrote, by the way, that just hearing it gave him—well, you guess what it gave him. Hope? That's exactly right."

- Excepted from (my man, seen above) Christopher Hitchens' new piece on Slate.com
Posted by The Crack Emcee at 11:21 AM