Black Lightning: The One Man Who Knew 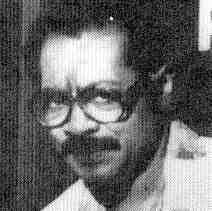 "In [Ted Patrick's] single-minded focus on rescuing cult members, he minced no words and wasted little time on social niceties. As a result, he often irked and alienated those parents, clinicians and law enforcement officials who might otherwise be his natural allies.

Yet, regardless of his style, the grave questions Patrick first flamboyantly brought to public attention are not the ones we can choose to like or dislike nor will they simply go away if we ignore them. Is an individual free to give up his freedom of thought? May a religion, popular therapy, political movement or any other enterprise systematically attack human thought and feeling in the name of God, the pursuit of happiness, personal growth or spiritual fulfillment? These are questions that Americans, perhaps more than others, are not prepared to deal with, because they challenge long-standing constitutional principles and cultural assumptions about the nature of the mind, personality and human freedom itself.

In the months after our trip to the Orange county Jail we spoke with many people about Ted Patrick: parents, ex-cult members, attorneys, mental health professionals and others who, at the time, were only dimly aware of the building controversy over some alleged forms of religion in America. Some denounced him as a villain and a fascist, others hailed him as a folk hero and dark prophet of what lay ahead for America."

-- Flo Conway and Jim Siegelman, describing the man called "Black Lightning" (inventor of "cult deprogramming" or "snapping") who predicted the rise of cults to power, as described on Rick Ross.com.